At 26 Million YouTube Subscribers, Has The World Reached Peak PewDiePie? 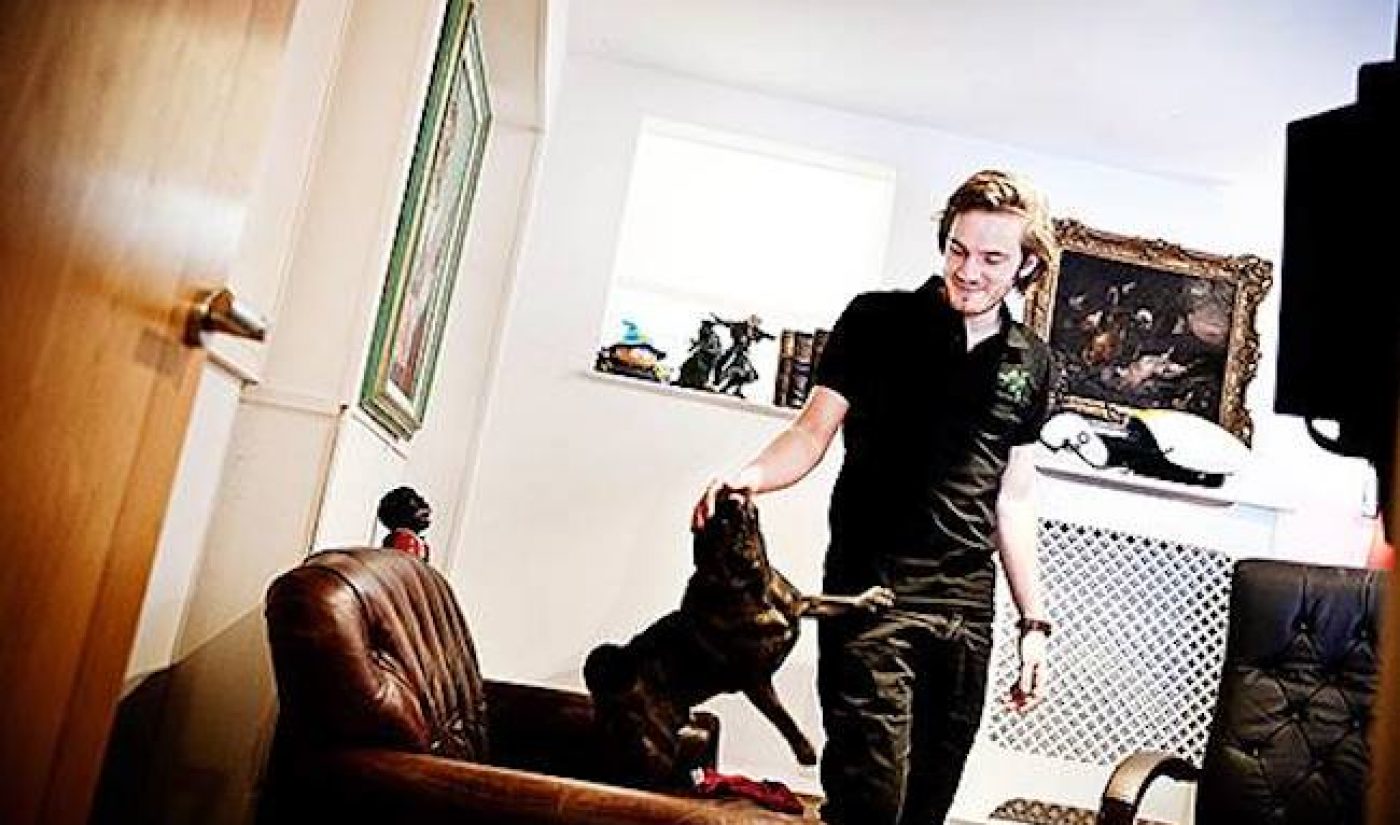 Felix Arvid Ulf Kjellberg’s PewDiePie YouTube channel achieved its 26 millionth subscriber on April 16, 2014. Roughly one month earlier, on March 15, 2014, the 24-year-old Swede’s online video repository of Let’s Play videos and the occasional vlog and promotional spot for a charitable campaign hit the 25 million subscriber mark. That means over the course of 32 days, PewDiePie averaged roughly 31,250 subscribers per day, 1,302 subscribers per hour, 21.7 subscribers per minute, and one new subscriber every 2.8 seconds.

That’s an incredible acquisition rate, and one that’s significantly higher than any other channel on YouTube. But it’s also around half the rate at which PewDiePie was acquiring new subscribers just six weeks ago.

Back in the first two weeks of March 2014, PewDiePie averaged roughly 71,428 new subs per day, 2,976 per hour, 49 per minute, and one new subscriber every 1.2 seconds. So, what gives? Why has the most subscribed YouTube channel in the world been growing at about 43% the rate at which it was growing in the not-so-distant past?

The reason isn’t for lack of YouTube promotion. PewDiePie is still showing up under the “Channels recommended for you” section when new YouTube user sign up to the video sharing platform. It’s also not for lack of videos. Kjellberg has not, in any meaningful way, scaled back his prolific online video output like he said he would in an introspective vlog back in early March 2014. PewDiePie still averages between six and 10 new uploads per week. And the dip isn’t for lack of views. PewDiePie videos are garnering the same amount of (if not more) eyeballs now than they have in recent history. So, again, what gives? Perhaps YouTube tweaked its recommendation algorithm and videos from PewDiePie aren’t appearing after and alongside other videos as often as they once did. Or maybe YouTube audiences and the world at large have simply reached peak PewDiePie and the channel’s point of maximum subscriber acquisition is now in the past.

But regardless of the reason for Kjellberg’s declining subscriber acquisition rate, he still doesn’t have to worry much about losing his Most Subscribed YouTube Channel title anytime soon. YouTube’s very own Spotlight channel is in a distant second place with over 22 million subscribers, while Smosh currently boasts more than 17.5 million subs.