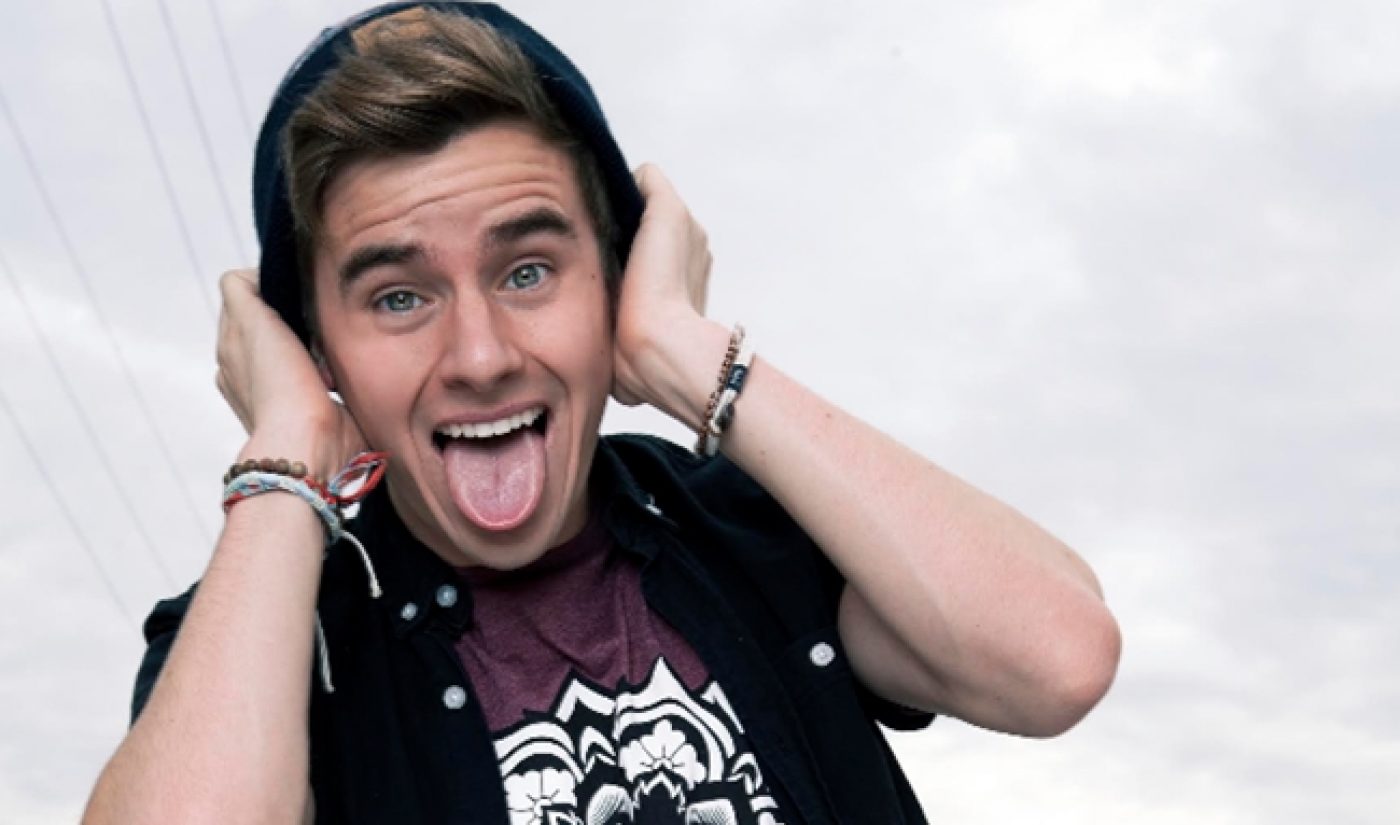 Two years ago, Connor Franta barely had 20,000 subscribers. Since then, he has become one of the most popular vloggers on YouTube. Franta, who is also a member of YouTube “supergroup” Our 2nd Life (O2L), recently passed two million YouTube subscribers. Here are his comments about his soaring online video career.

Tubefilter: How does it feel to have two million subscribers on YouTube? What do you have to say to your fans?

Connor Franta: It’s honestly insane. I still find it very hard to believe it’s grown that much.  I’m incredibly thankful for all the constant love & support my viewers send my way.  I feel very blessed to have them in my life.

TF: A year ago, you only had around 450,000 subscribers. Why do you think your channel has grown so quickly?

CF: To put it very simply: hard work and dedication. I never missed a week and am rarely late when it comes to uploading a video. Also, I’m also constantly trying to one-up myself content-wise by being as creative and original with my ideas as possible.

TF: How did O2L get started, and what has been your favorite part of making videos with that group?

CF: O2L came to life after VidCon 2012 where all the guys & I first met.  We had so much fun at the convention and wanted to continue that excitement by combining our channels into one, big collab.  It’s been one up and up ever since; we’ve had a blast.

TF: Who is one YouTuber who you have not collaborated with before who you would like to make a video with?

CF: Well, there are too many to count! I don’t tend to make collab videos that often, so I have a long list. But if I had to pick just one, it would be Grace Helbig. She’s so naturally funny and overall just a great human being.

TF: How do you balance the responsibilities of vlogging with your life outside of the camera?

CF: I tell my audience pretty much everything, but of course, there is a fine line to draw.  I enjoy being open about my life, but I do realize there are some things that are just best to be kept to myself. You’ve got to find a good, happy medium.

TF: Do you ever think about moving beyond YouTube or are you content with your life as a vlogger?

CF: I’m definitely looking to try new things, but am also incredibly happy with how everything is going on YouTube for me and wouldn’t trade it for the world.  As long as I enjoy making videos and am happy creating, I will continue to do it.

TF: Many of your most-viewed videos provide romantic advice. Why do you think these videos have been particularly popular?

CF: Romance is a very relatable and perplexing topic.  I think people, specifically teenagers, seem to be really interested in the topic of relationships. So what do they do? They seek the advice of a total stranger in the form of a YouTube video, duh!

TF: How did you get involved with Coke’s AHH campaign, and what’s it like working with a brand?

CF: Well, my YouTube network, Fullscreen, brought the campaign to me. I saw it as an incredible opportunity to work with one of the world’s biggest and most well known brands, try something completely new & to overall push myself as a content creator.  It’s been a very good experience, and I’ve taken a lot from it.

TF: What’s next for Connor Franta? Any fun plans for your channel?

CF: I’m working on quite a few secret projects that I, unfortunately, can’t really say anything about just yet.  What I can talk about is that I will be putting out more content then ever, will travel to so many new places, will collab more in the coming months, and will go on the O2L DigiTour this June! It’s going to be a very exciting next couple months, let me tell you.