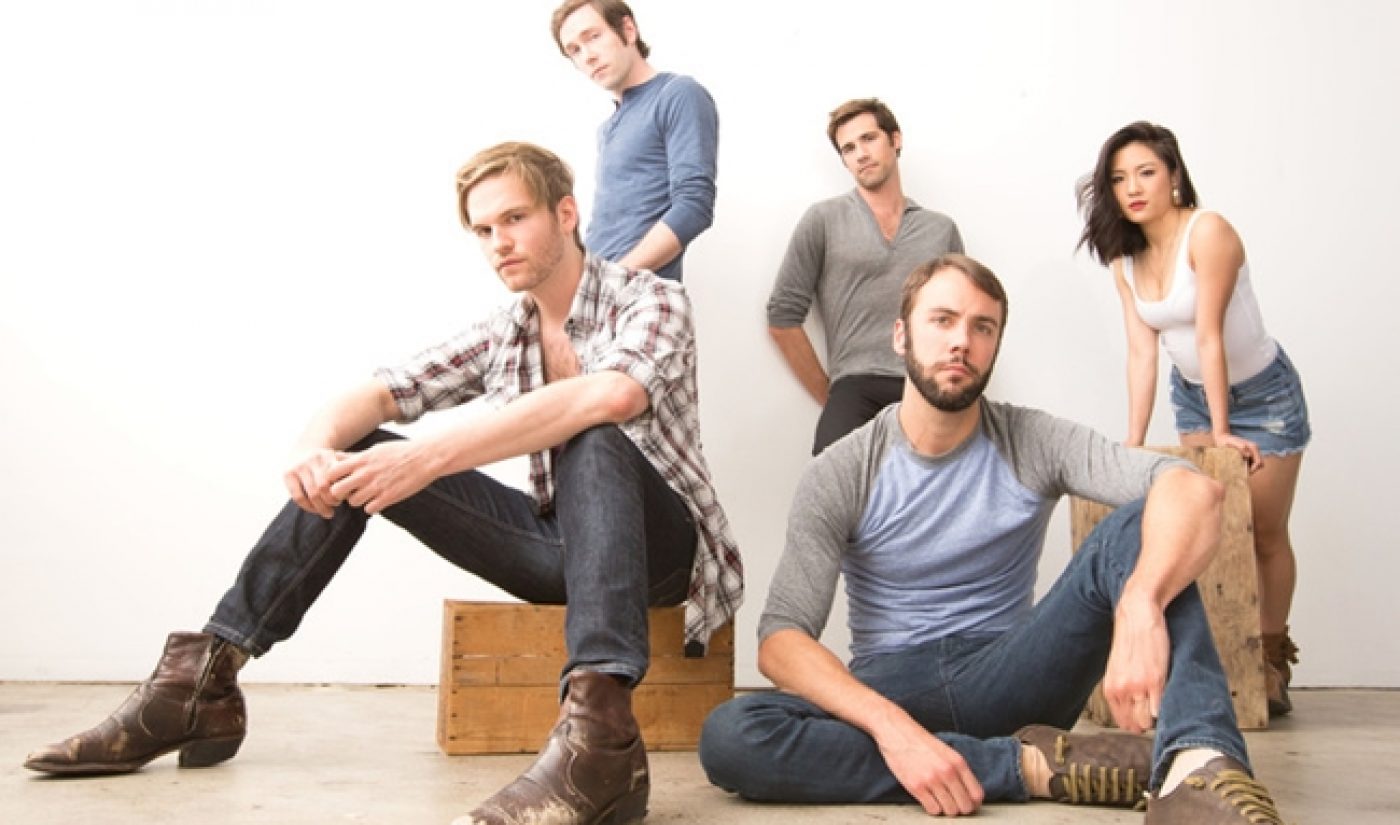 Description: EastSiders is a web series about a relationship in disarray. Stars Kit Williamson (Mad Men) and Van Hansis (As The World Turns) play Cal and Thom, a gay couple who must deal with infidelity in their relationship. A critically-acclaimed first season used dark comedy to explore its central topic of love and what it is capable of overcoming. As their suss out their own relationship problems, Cal and Thom interact with a colorful cast of supporting characters. The Kickstarter campaign hopes to follow up the nine-episode first season with a 10-episode return.

Creator Bio: In addition to starring in the series, Williamson also serves as EastSiders‘ director, writer, and producer. Beyond his role on Mad Men, Williamson has also shown up in a number of web projects we’ve noted on here, including Hipsterhood, Squad 85, Amazon’s Bosch pilot, and last week’s Fund This entry, HelLA.

Best Perk: $150 gets you an EastSiders tank top, because there’s no way to better show your support than by rocking your guns for all to see.

Why You Should Fund It: As with other niche web series, EastSiders hopes to fill a void created by mainstream media. The series most obviously appeals to the LGBT audience first and foremost, though the pitch video also notes its affinity with people of color and minorities. If these categories interest you, there are few niche series with the same script quality and production value as EastSiders.

For everyone else, the series’ numerous accolades do the talking. The first season won big at the LA Weekly Awards and Indie Series Awards, and it ended up scoring a distribution deal through LOGO TV. EastSiders may be a “gay web series” on paper, but its themes are universal and its essence boils down to an exploration of what it means to be in love. If that sounds like it’s up your alley, then there is plenty of funding still required.