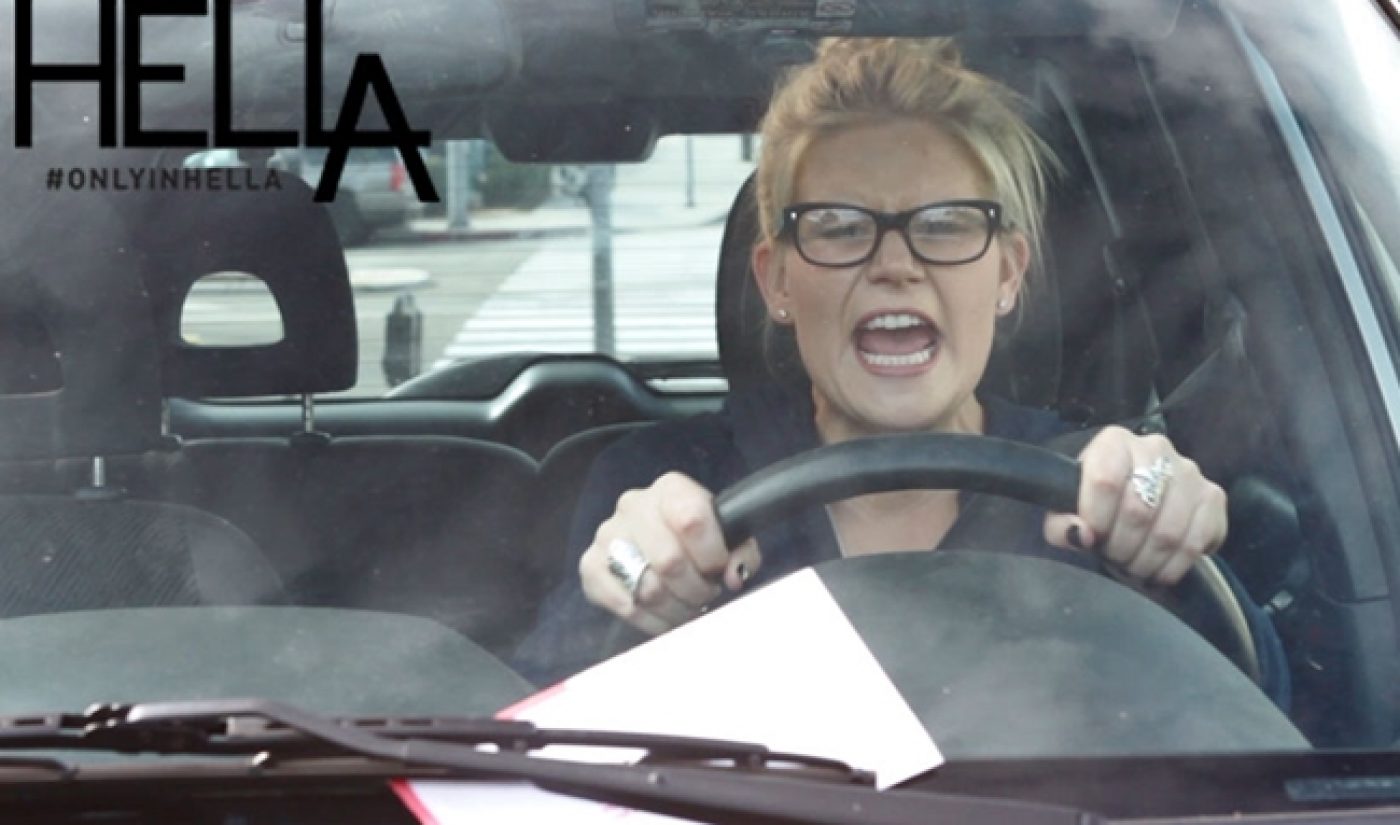 Description: HelLA is a short-form comedy about life in the City of Angels. That’s a pretty basic description that could be applied to a number of other web series, but HelLA differentiates itself with a Twitter-like pace that does not extend sketches beyond a punchline or two. Previous episodes have dealt with helLAcious topics such as traffic, pushy street activists, and the gluten-free lifestyle. The Kickstarter campaigns aims to fund season two.

Creator Bio: The creative force behind HelLA is Rory Uphold, who previously plied her trade as a singer-songwriter. She occasionally brings HelLA‘s succinct observations to Twitter, posting them on the show’s official account.

Best Perk: There are a lot of unique perks attached to HelLA, but one of the more affordable ones is a HelLA beanie. If you’re more of a NorCal type, the beanie can double as a love letter to everyone’s favorite Bay Area slang term.

Why You Should Fund It: HelLA‘s greatest strength is its ability to dedicate individual episodes to their own tight riffs. The jokes aren’t overdone, but they stick around long enough to get some laughs. In that way, the web series reminds me of Last Night, one of my personal favorites of 2013. The series’ first season also provides a good idea of what we can expect going forward. If you’ve enjoyed Uphold’s previous Tinseltown-related gripes, you know exactly what to do to greenlight more of them.