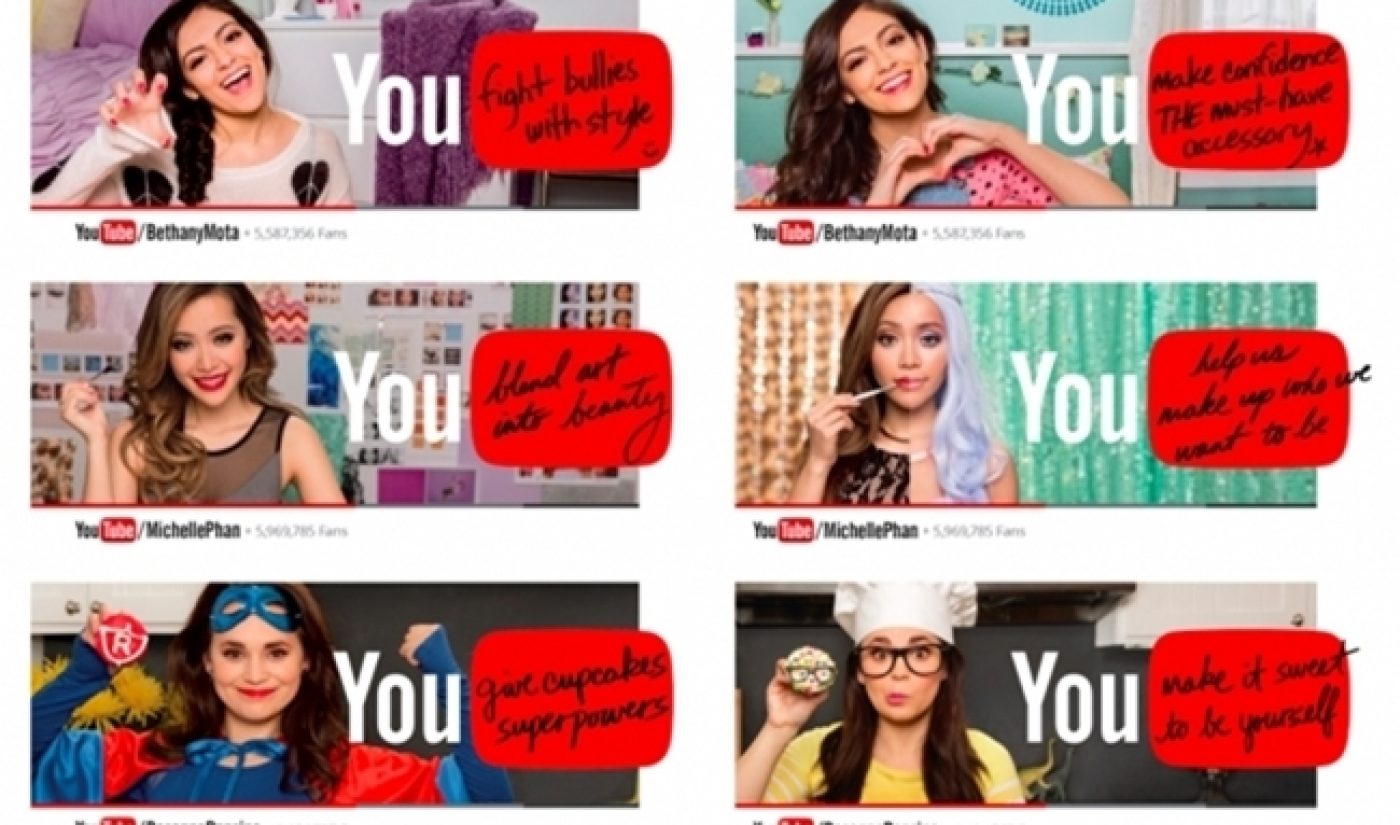 For the first time ever, YouTube will run advertisements promoting specific creators. According to a report from AdAge, YouTube plans to launch ad campaigns based around three of its creators: Michelle Phan, Bethany Mota, and Rosanna Pansino.

The ad push is YouTube’s response to apparent criticism from advertising executives, who want the site to promote its content in order to justify the flow of ad dollars onto the platform. Ads featuring Phan, Mota, and Pansino will show up on youth-skewing TV channels like The CW and ABC Family, will appear in magazines like Allure, Seventeen, and Entertainment Weekly, and will also run across Google’s web properties. The campaign will even extend to New York City and Chicago subways through the banners pictured above.

Phan, Mota, and Pansino are ideal test subjects for YouTube’s ads because they all have experience with big-time brand campaigns; however, YouTube later plans to extend the ad campaign, highlighting creators across categories such as gaming, fitness, and automotive.

In total, there are 14 of these categories, each of which are being sold to advertisers as part of a program called Google Preferred. Essentially, YouTube plans to reserve space at the top of its 14 categories for ad buyers who purchase in advance, thus encouraging those buyers to pay more for prime real estate. It is no coincidence that the ad campaigns promoting these “preferred” channels will launch around the time of Digital Content Newfronts, when YouTube’s execs will be in New York pitching the site’s content to advertisers.

YouTube has run TV advertisements before, using them to promote the themed weeks it debuted last year. This will be the first time, however, that creator channels are themselves the centerpieces of YouTube’s off-site marketing. It’s the latest in an increasing number of moves meant to woo advertisers, and while top dogs like Phan, Mota, and Pansino will feel the biggest benefits, rising ad revenues can potentially help anyone who monetizes content on the world’s most prominent video sharing site.