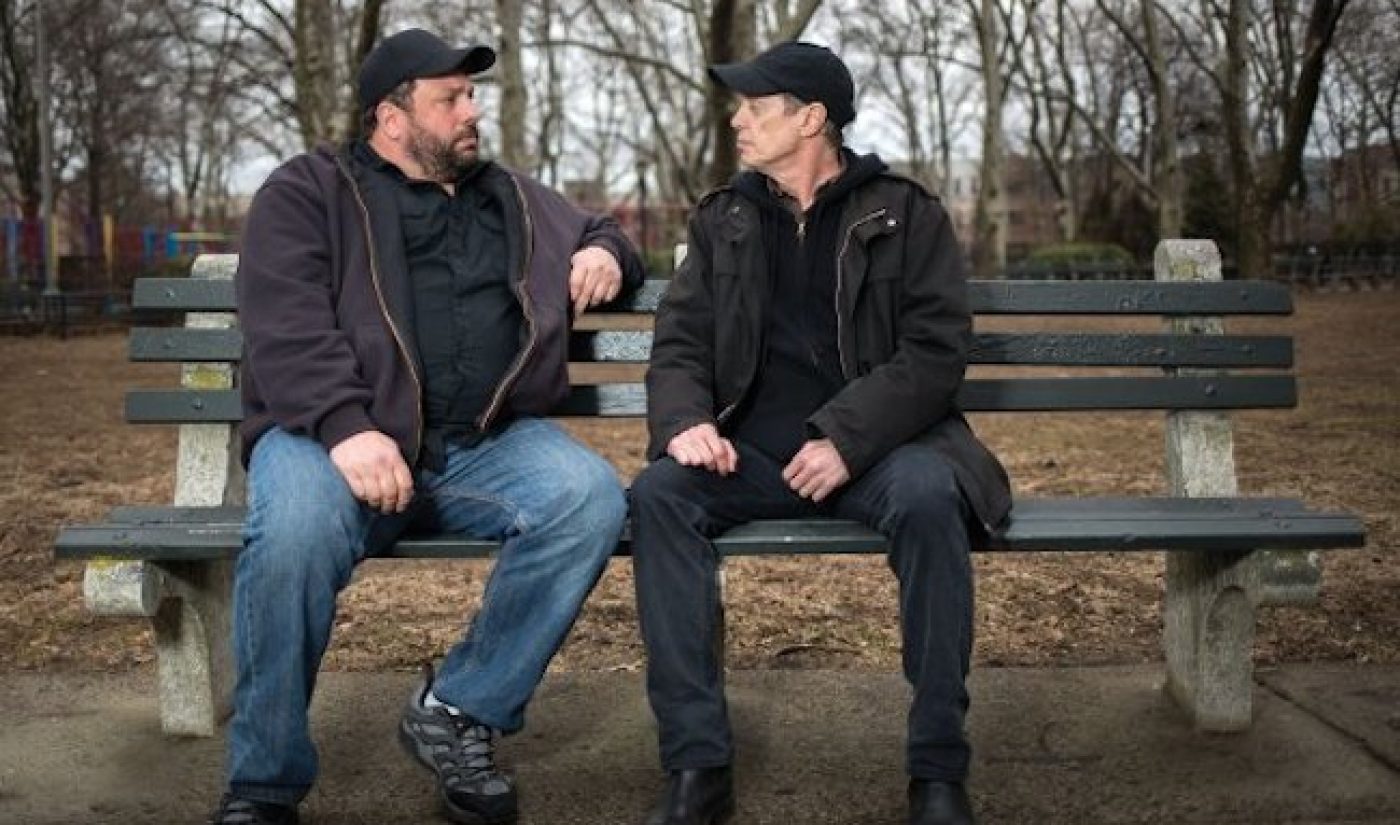 AOL has Steve Buscemi eyes. Or rather, the American multi-national mass media corporation has eyes for Steve Buscemi.

The actor behind beloved and iconic characters of the silver and small screens (like Reservoir Dogs’ Mr. Pink, The Big Lebowski’s Donny, and Boardwalk Empire’s Nucky Thompson) is the centerpiece of the new AOL original series Park Bench. The unscripted program takes place on the streets of Buscemi’s very own New York City and features the accomplished actor having casual conversations with other accomplished actors and discussing “everything from pop culture to current events” as he explores the “special people, places, and spirit of the The Big Apple.”

“Having lived and worked in New York my whole life, I’m ready to take advantage of all it has to offer,” said Buscemi in the release. “I just need to lay down for five minutes.”

The 12-episode program is set to debut in May 2014 and was inspired by the fantastic promotional videos Buscemi shot with still-kinda-hipster band Vampire Weekend for their concert collaboration under the banner of American Express’ Unstaged series.

One of the videos features Buscemi stopping passersby in a park (one of which happens to be the musician known as Grimes) with his newfound carpenter friend Geo Orlando. “We just hit it off,” Buscemi explained to The Hollywood Reporter. “We came up with the idea that Geo and I talk to people on park benches.”

RadicalMedia produced those promotional spots and is on board to produce Park Bench for AOL along with Buscemi’s very own Olive Productions. FremantleMedia International is tasked with distributing the project to international markets.

“We’re excited to include Park Bench as part of our new slate of AOL Originals,” said Gabriel Lewis, Head of AOL Studios & AOL Originals, in the release. “We strive to produce and showcase programming that captures unique and authentic personalities, and this series will give audiences a glimpse into Steve’s world like they’ve never experienced before. We’re confident Park Bench will delight our existing audience as well as appeal to audiences currently unfamiliar with AOL Originals.”

It’s been a busy week for AOL, too. The company announced on April 1 it’s bringing the Israeli reality television show Connected to US audiences as its first long-form series, and on March 31 VH1 broke the news it’s bring the AOL original series #CandidlyNicole to cable television.