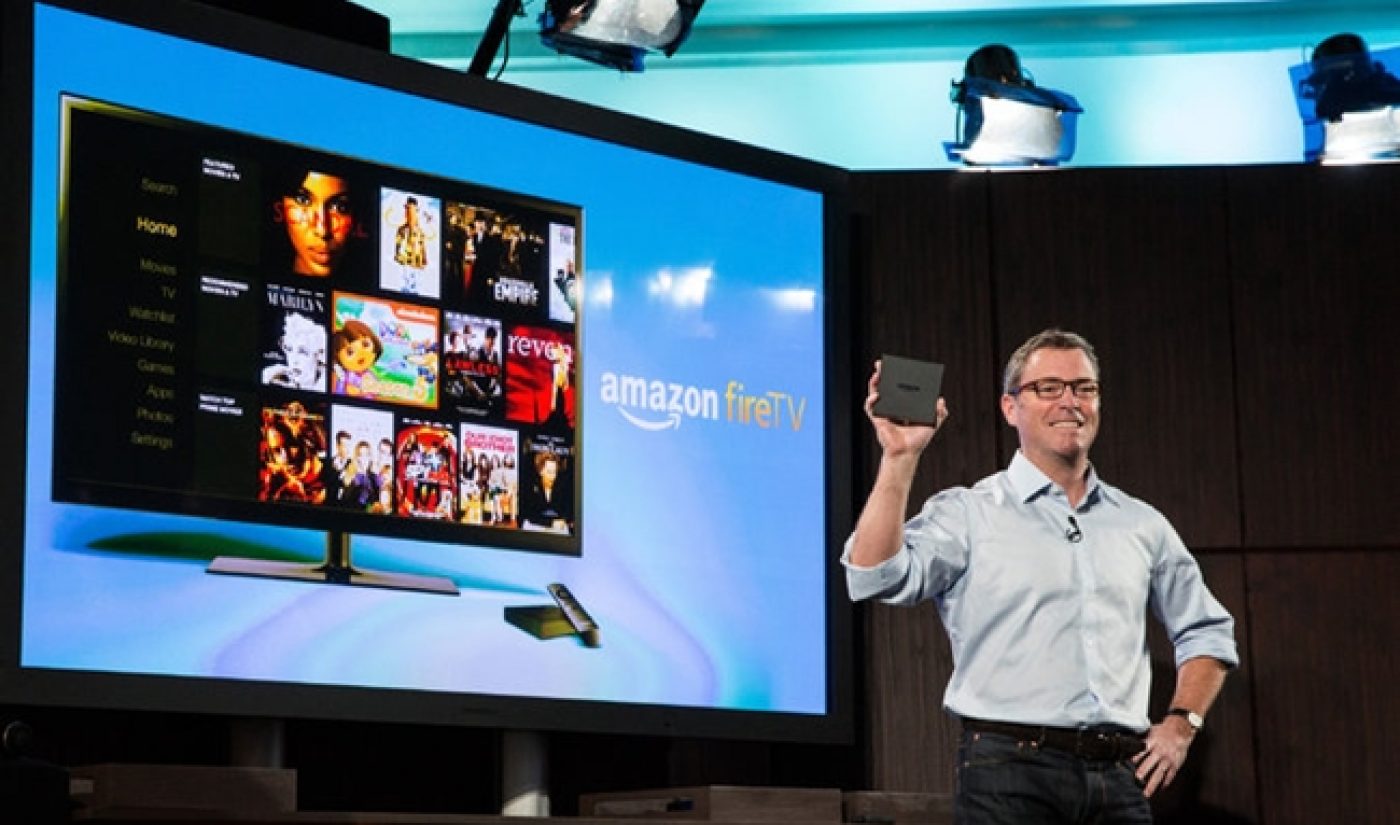 Amazon unveiled its Fire TV set-top box at an event in New York, beginning its foray into the web-to-TV industry. Fire TV comes charging out of the gate with a number of attractive features, including apps from most major online video platforms and its own gaming console.

Fire TV will obviously provide an app for Amazon’s Instant Video service, but it also offers YouTube, Netflix, Hulu, Crackle, VEVO, Showtime, and WatchESPN, giving its users access to most of the TV, movies, online video programs, music videos, and live sports games they crave. At $99, the device is priced similarly to competitors Roku and Apple TV, though Google’s Chromecast remains the best buy on the market at $35.

The Verge’s YouTube channel is offering a close-up look at the new device, which is about the size of a slice of bread:

“Tiny box, huge specs, tons of content, incredible price — people are going to love Fire TV,” said Amazon CEO Jeff Bezos in a statement. “Voice search that actually works means no more typing on an alphabet grid. Our exclusive new ASAP feature predicts the shows you’ll want to watch and gets them ready to stream instantly. And our open approach gives you not just Amazon Instant Video and Prime Instant Video, but also Netflix, Hulu Plus, and more. On Fire TV you can watch Alpha House and House of Cards.”

One key feature of Fire TV is its functionality as a gaming console. Users can purchase a $40 controller that allows them to play games through their TVs. Many gamers will rejoice when they hear that Minecraft, the most popular game on YouTube, is available as a launch title. At the start, Fire TV’s gaming library pales in comparison to more traditional consoles, but even at $140, it is significantly cheaper than the $500 Xbox One.

At its launch, Amazon provides a nice mid-range option for cord cutters. It’s not as light as Chromecast nor as heavy-duty as Xbox One, but it slots in nicely next to similar options like Roku. That said, Fire TV’s features could make it stand out above the competition down the line. You can pick one up on Amazon’s website.