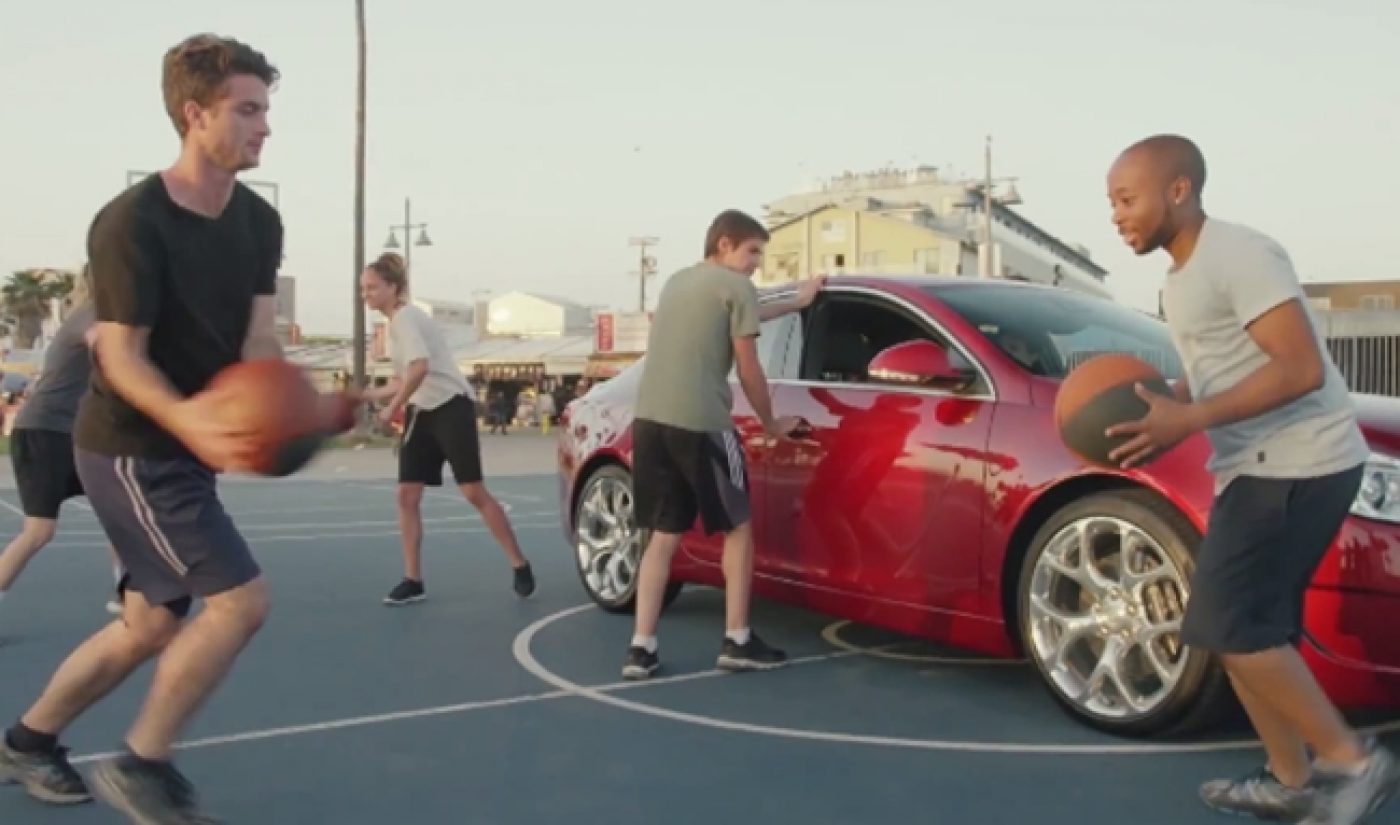 Kurt Hugo Schneider is no stranger to branded content, but his latest sponsored video might be his best yet. The multi-talented musician/producer/YouTuber has released a new beat using nothing but a bunch of basketballs and a Buick.

Schneider shot the video in one take, enlisting a troupe of eleven “basketball dribblers” to rhythmically bounce balls and slam car doors while he revs the engine of a shiny new Buick. Come for the solid beat and stay for the neat dribbling tricks.

The video has received more than 200,000 views in the first three days after its release, joining a trend of viral videos shot in one take. Previously, Pomplamoose made it to the YouTube Spotlight channel with a one-take cover of several Pharrell songs.

The video also represents Schneider’s first video on his own channel in seven weeks. He previously released a love medley in time for Valentine’s Day, but his latest video is much funkier. I only wish Buick had also called in one of Schneider’s many collaborators to sing something on top of it.