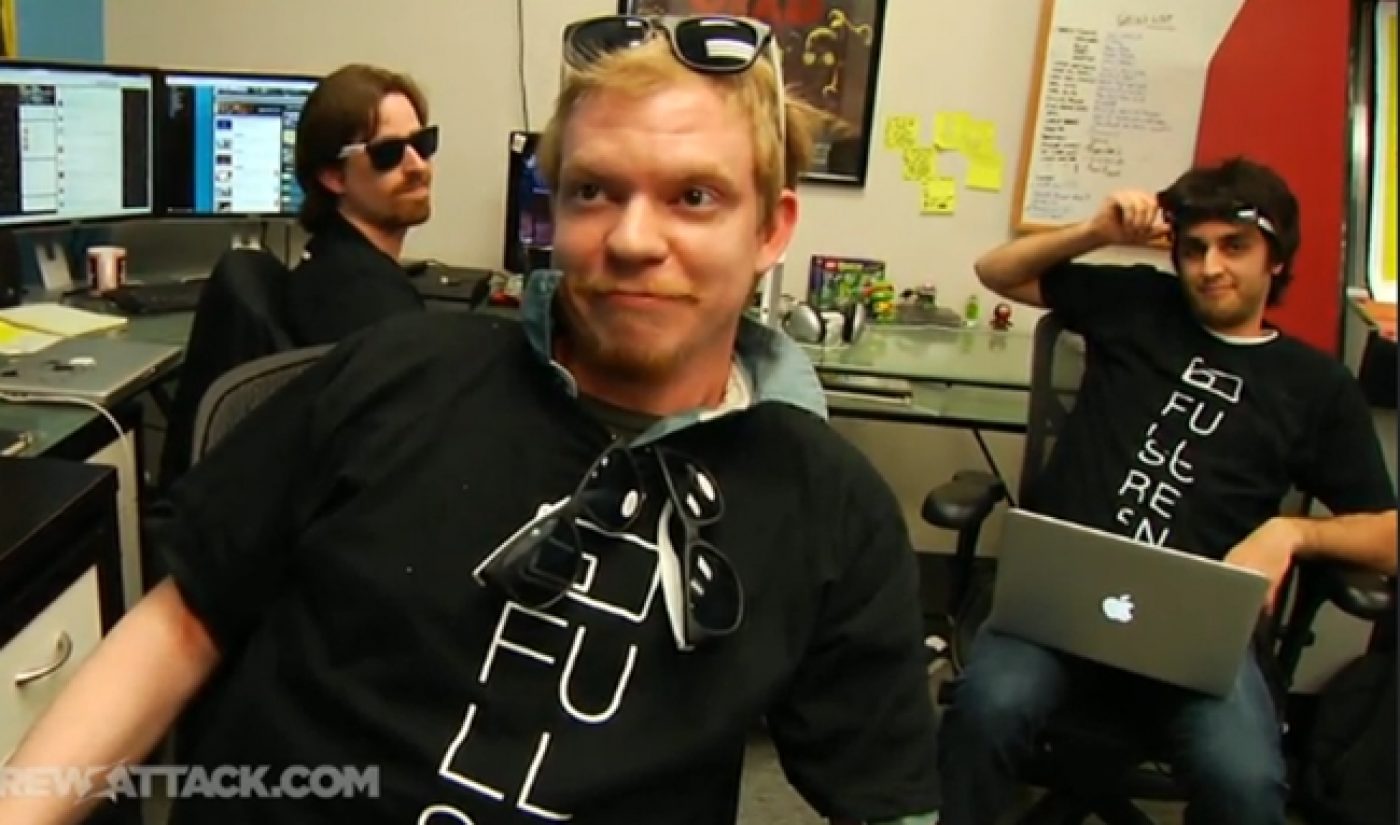 Fullscreen is well aware of the power of video game-related content on YouTube, and it has struck a deal to increase and organize the gaming videos its partners create. It has acquired ScrewAttack, a popular gaming-focused entertainment company, and will create a new sub-network centered around video game content.

The ScrewAttack Network will make use of the company’s existing website and YouTube channel, the latter of which claims 850,000 subscribers and more than 215 million total views. In addition to irreverent video game news, ScrewAttack also offers a plethora of original, scripted programs, all of which are teased in the channel’s 56-second trailer.

“As a leading video game community, ScrewAttack will provide a beachhead for our creator network and support our ongoing programming strategy in gaming”, said Larry Shapiro, Fullscreen’s Head of Talent, in a press release. “With over 850K subscribers on YouTube and a passionate and loyal fan base on their website, we are excited to increase our investment in premium, original programming on ScrewAttack alongside their existing franchises like Death Battle.”

For multi-channel networks like Fullscreen, it is the right time to invest heavily in YouTube gamers. Of the top 50 most-viewed channels for the week of March 21st, 11 are channels dedicated entirely to gaming. The YouTube audience has gone Minecraft-crazy, and Fullscreen’s decision to launch the ScrewAttack Network is a smart use of its resources.