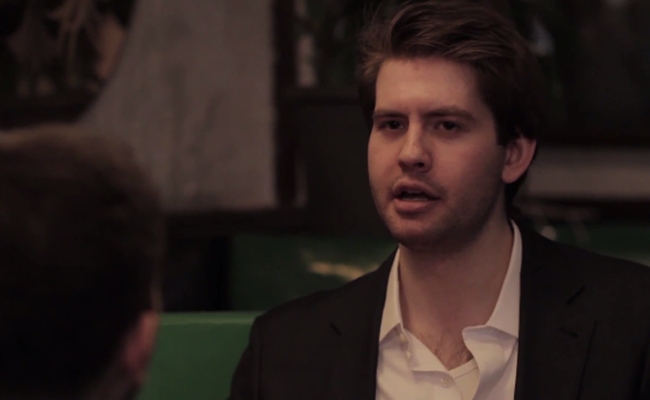 With its dynamic host and famous guests, Jerry Seinfeld‘s Comedians In Cars Getting Coffee has established itself as a must-watch web series. Its distinctive style has also proved ripe for imitation and parody, with the  recently-launched Pedestrians In Bars Eating Toffee serving as one of the funniest spoofs yet.

Pedestrians In Bars Eating Toffee is the creation of Gabe Oppenheim, a comedian who has clearly studied Seinfeld’s web series very closely. Instead of cruising around in a snazzy old car, Oppenheim begins the episode by waxing poetic about his crappy sneakers.

The entire eight-minute episode (which features comedian Samuel Goldberg as its guest star) particularly targets Seinfeld’s tendency to interrupt his guests and his preference for his own stories over those of his guests. Oppenheim is maybe being a bit unfair, but he’s very funny, so he gets a pass.