The NCAA Vault Is A March Madness Fan’s Best Friend 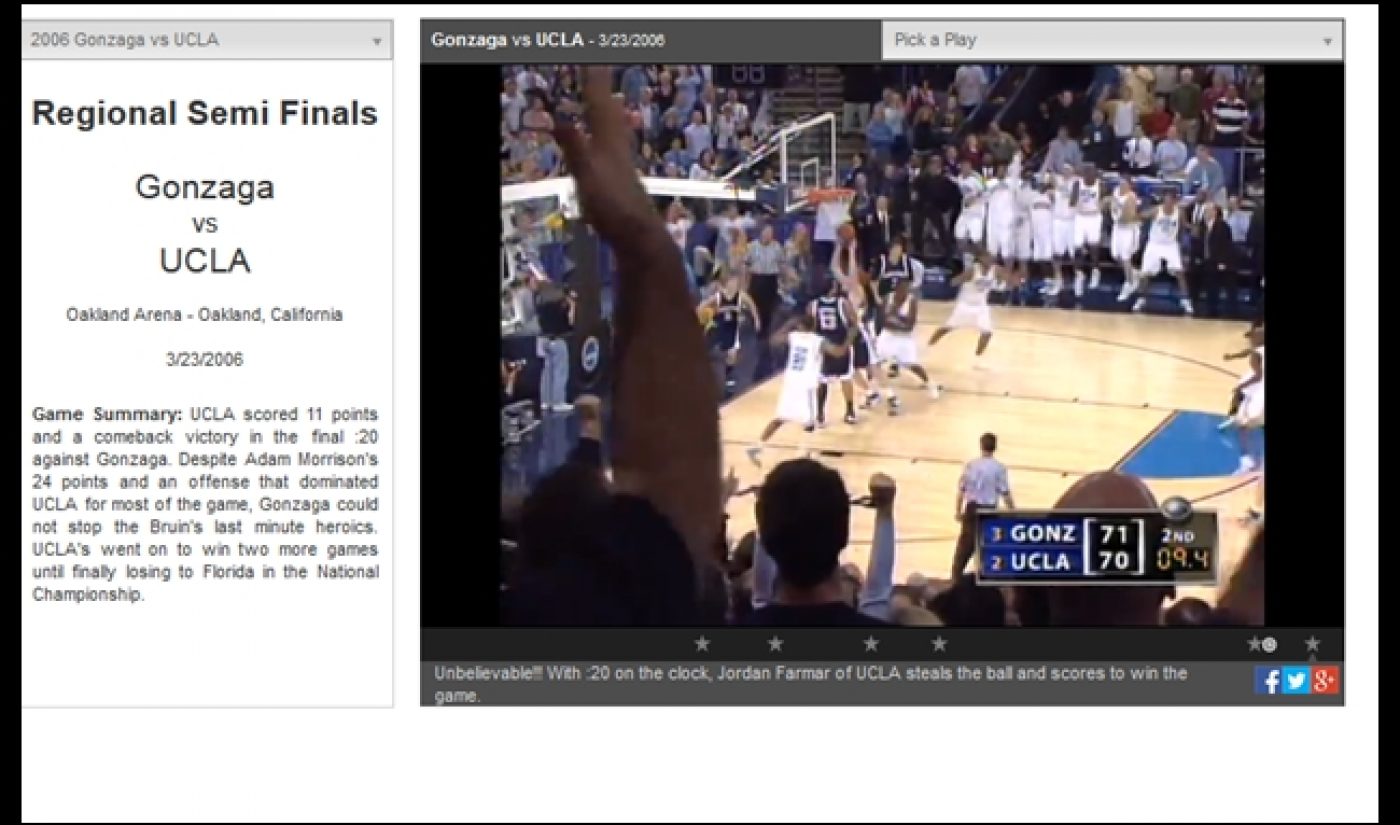 Last year, during March Madness, the NCAA launched NCAA On Demand, a YouTube channel providing highlights from some of the tournament’s classic games. This year, NCAA On Demand is back, and it has become even more enticing for college basketball fans thanks to a slick new “NCAA Vault” feature.

The vault is powered by T3Media and lets fans relive nearly 300 NCAA tournament games dating back to 1976. These games are organized by year, creating an easy-to-use index. Within each game, specific key moments are starred, giving viewers plenty of options: They can use the annotations as a highlight reel, skip to a specific specific buzzer-beater or dunk, or simply sit back and watch the entire game from start to finish.

“Many sports fans remember where they were when their favorite team, coach or player had an historical moment during the tournament,” said Bob Pinkerton, CEO of T3Media, in a press release.  “The NCAA Vault allows fans to relive amazing moments (and more) using the exclusive metadata search timeline.  Not only are there almost 300 games from which to choose, but over 4,000 moments – that’s a die-hard college basketball fan’s dream.”

Those 4,000 moments include a little bit of everything: upsets, game-winning shots, thunderous dunks, clutch three-pointers, famous blunders, and more. As a college basketball fan, I not only plan to comb through the vault while waiting for the next round of games, but I also look forward to returning in a couple years to relive 2014 upstarts like Mercer, Dayton, and Stephen F. Austin–even if they ruined my bracket.