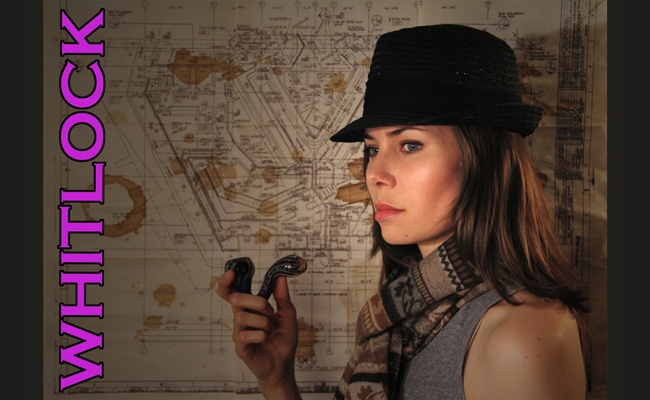 Fans of the BBC’s Sherlock will have to wait another agonizing two years before their favorite detective returns, but luckily for them, there’s a new private investigator shaking things up on the web. Her name is Whitlock, and she’s the titular character of a clever web series that provides a gender-flipped version of Sherlock Holmes.

Studies like the Bechdel test offer compelling evidence that female characters are often underrepresented in fiction, and Whitlock responds by bringing a dose of estrogen to Baker Street. The main character is Sophie Whitlock (played by series creator Lauren Tess), an investigator who has a little less of Holmes’ sociopathy but just as much of a ‘my way or the highway’ attitude. Her assistant is Fawn Watkins, described by the series description as “New-Agey” and always decked out in unusual outfits. Whitlock also moves from Holmes’ London to the sunnier (and far more convenient) hills of Los Angeles.

Whitlock has much more going for it than its girl-power spin. The writing is sharp, Tess’ portrayal of Whitlock is icy and on-point, and the pacing is smooth and even. Considering the genre and the format, the last of those achievements in particularly impressive. It is hard to give time for a mystery to unfold while also moving at a speed that is comfortable for web viewers, but Whitlock makes it all seem elementary.