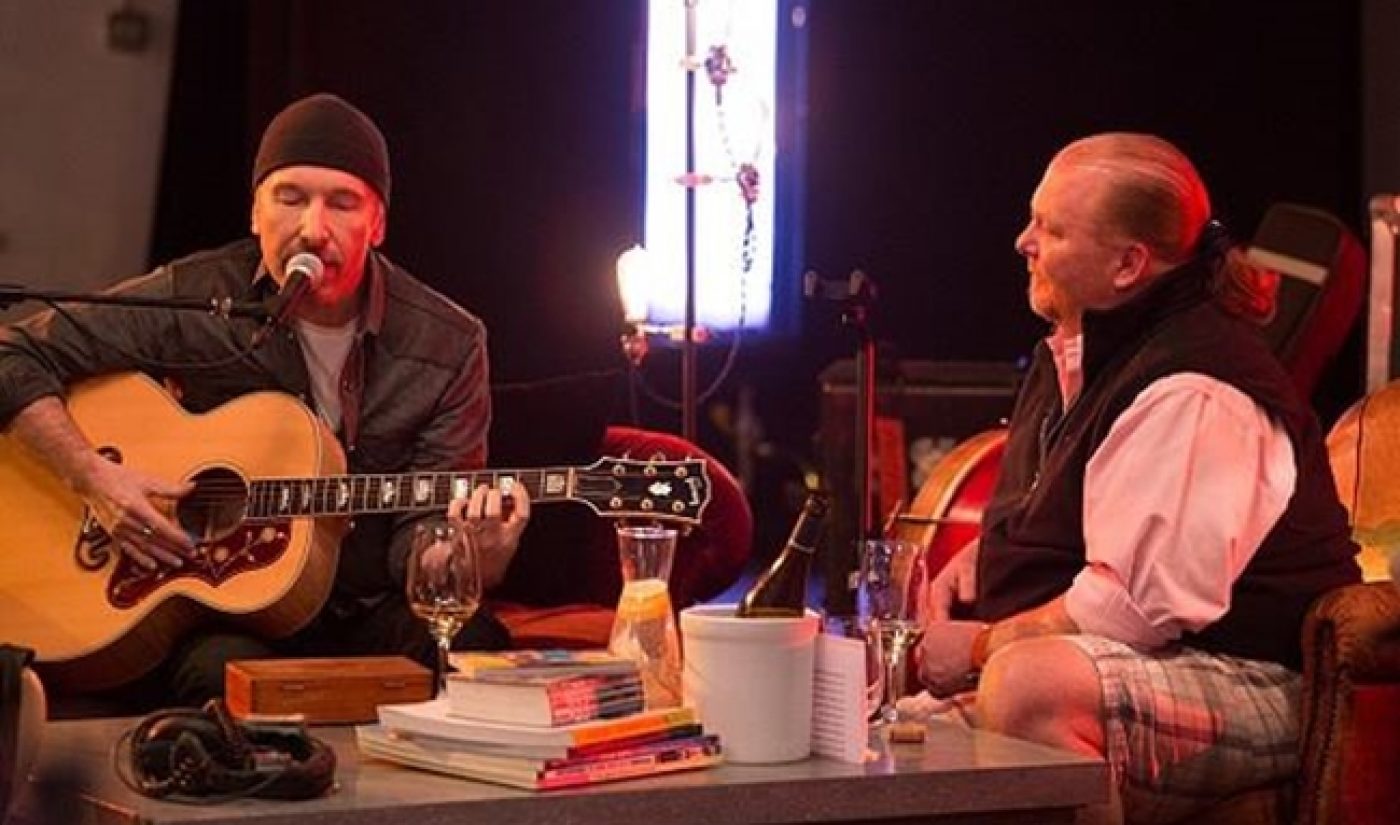 Dailymotion is throwing its hat into the original programming ring, and one of America’s favorite chefs will help the platform make a splashy entrance. According to the Wall Street Journal, Mario Batali will host Feedback Kitchen, a five-episode series that will feature interviews with popular musicians.

Feedback Kitchen episodes will run for 22 minutes and will feature conversations between Batali and the musicians he admires. Talk show isn’t the sexiest format, but Feedback Kitchen‘s main draw will be its celebrity guests. In addition to Batali (best known for his series of gourmet Italian restaurants, his regular TV appearances, and his signature crocs), the first season will feature the Edge, Patti Smith, Josh Groban, Flea, and Perry and Etty Farrell.

Feedback Kitchen is the first of what will be a series of original programs produced by Dailymotion in 2014. According to the report, the Paris-based video platform will fund up to six series before the year’s end and will spend at least $3 million on them. The price could rise as high as $10 million if all of the series get green-lit for full seasons.

Dailymotion has ambitious plans for its original content. With its 200 million worldwide viewers, it believes it has the scale to challenge YouTube. “People are looking for a Pepsi to YouTube’s Coke,” Dailymotion US managing director Roland Hamilton told the Wall Street Journal.

Dailymotion’s approach to original programming is very focused; it is hoping that it can make an impact through a handful of high-quality series. Feedback Kitchen will be our first chance to see what this initiative has to offer; while it doesn’t have any exact release date, TheVideoInk reports that it will arrive sometime this spring.