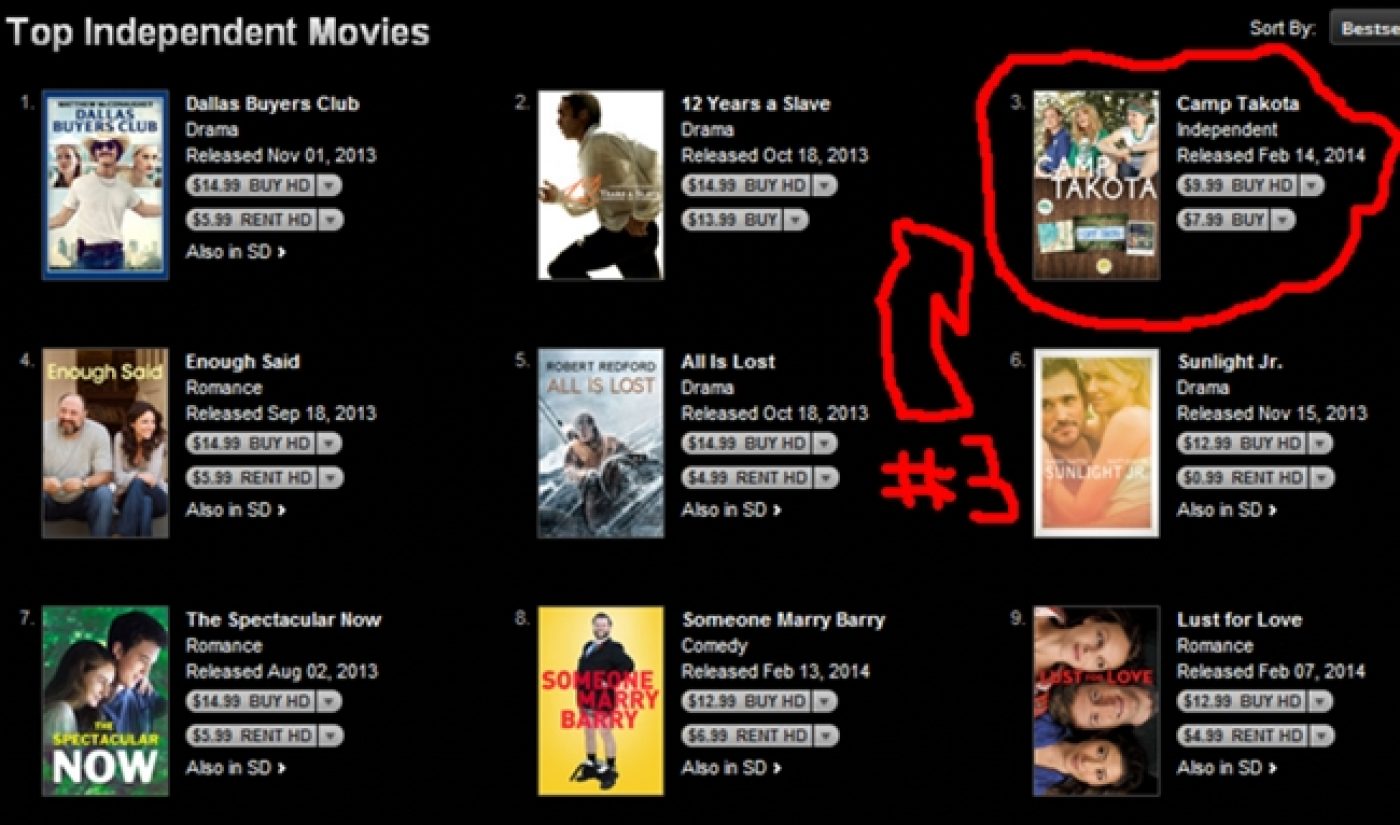 Camp Takota arrived on Valentine’s Day, and if iTunes is to be believed, it is selling very well. The feature film starring YouTubers Grace Helbig, Hannah Hart, and Mamrie Hart is third on iTunes’ independent film chart, only trailing a pair of Best Picture nominees.

At the time of this article’s release, Camp Takota is in good company on iTunes’s independent films bestseller list: It trails only 12 Years A Slave, which is widely considered to be a frontrunner for the Academy Award for Best Picture, and Dallas Buyers Club, another Best Picture nominee expected to take home a couple awards of its own.

Camp Takota is available on iTunes for $9.99. The film’s website is also selling an HD version for $9.99 as a DRM-free download powered by online video self-distribution facilitator VHX.

Among all films, Camp Takota is currently in 15th place, surrounded on all sides by Hollywood releases. That’s mighty impressive for a movie shot in a few weeks on what was reportedly a very small budget, and Camp Takota‘s success indicates that its three stars have some seriously dedicated fans.