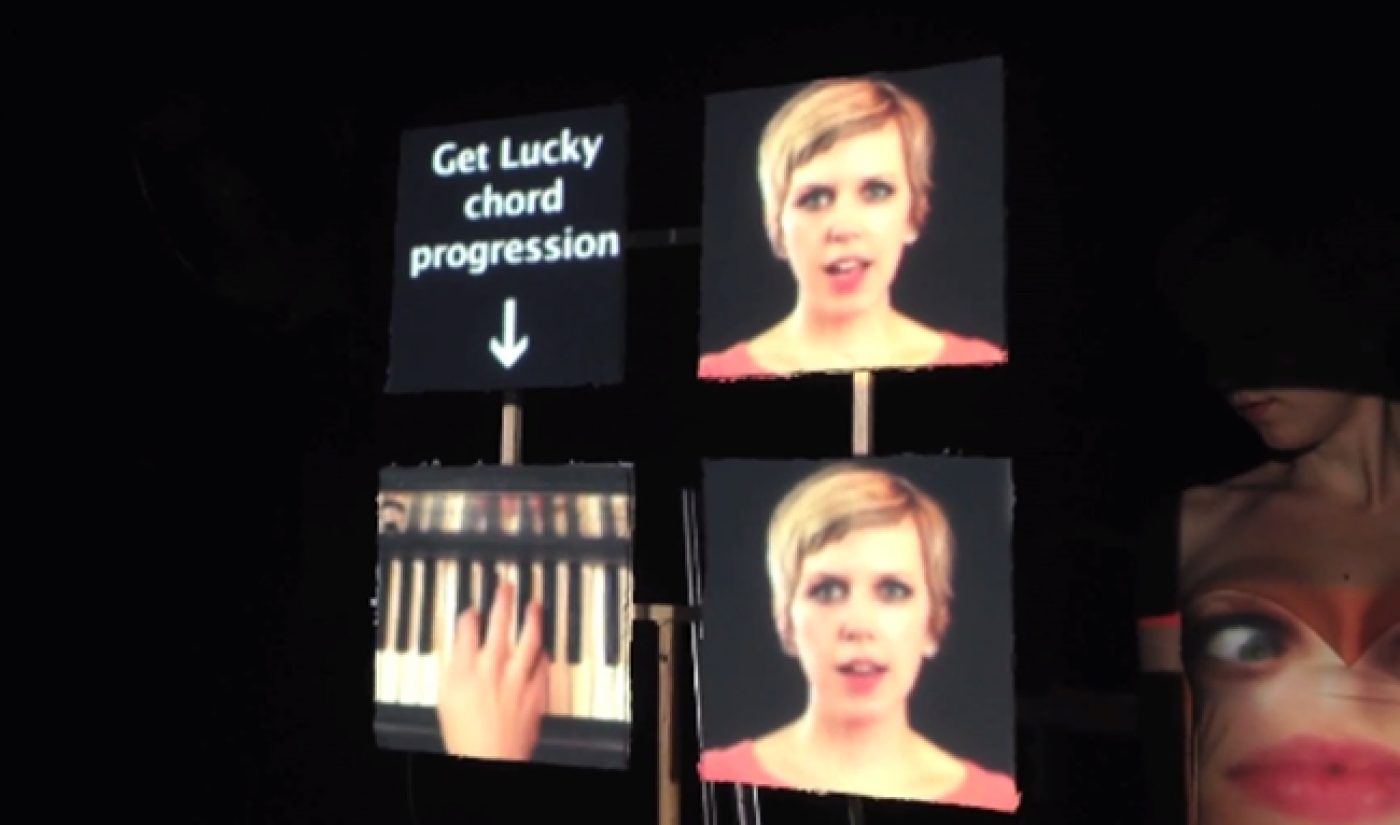 Pomplamoose‘s mashup of ‘Royals’, ‘California Love’, and ‘Loser’ is cool. A similar video featuring Pharrell songs has proven even cooler. The YouTube musical duo composed of Jack Conte and Nataly Dawn has released ‘Happy Get Lucky‘, a mashup video shot in one take.

The video includes the tracks ‘Get Lucky‘, ‘Happy‘, and ‘Lose Yourself To Dance‘. To create it, Pomplamoose used a single projector and pieces of white foam board, creating a collage of images. It’s the second time they’ve used this technique, and it’s much smoother this time around, especially the ‘concert’ effect created toward the end of the video. The best part: The entire video is shot in a single take.

Conte has made waves in the online video community by founding Patreon, a platform that is helping YouTube creators make significant amounts of money. His latest video reminds us that, despite his entrepreneurial efforts, he and Dawn are still most notable for their superb musical compositions.