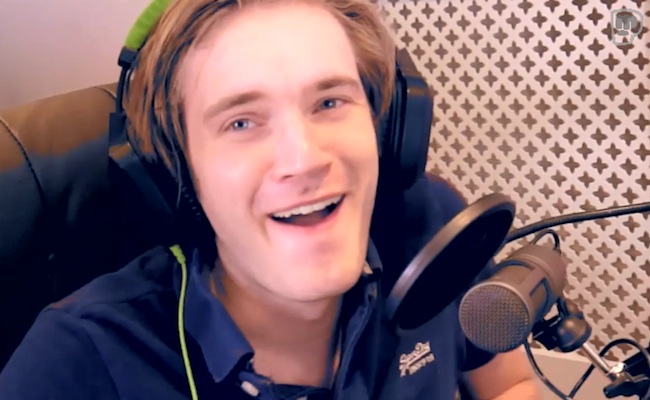 The date’s a kind of guesstimate with a one-day-or-so margin of error because YouTube’s publicly displayed subscriber counts didn’t update for the better part of the past week. (PewDiePie’s number of subscribers, for instance, was stuck at 22,736,076 for several days and then skipped up to more than 23,100,000). But regardless of the exact timing, it’s clear the rate at which Kjellberg has been building up his Bro Army is not slowing down.

The 24-year-old Swedish online video gamer’s YouTube home has at least maintained its rate of adding a million new subscribers every 13 days. Once again, that breaks down to a approximately of 76,923 new subscribers per day, 3,205 per hour, 53 per minute, and one new subscriber every 1.12 seconds.

For the initiated, uninitiated, and otherwise intrigued, here’s PewDiePie’s latest. Longtime fans will notice his intro hasn’t always been so eclectic, but after 1,600+ uploads, it was only a matter of time before Kjellberg started having more and more fun with saying his pseudonym into the camera.