‘Seinfeld’ Had A Mini-Reunion At the Super Bowl 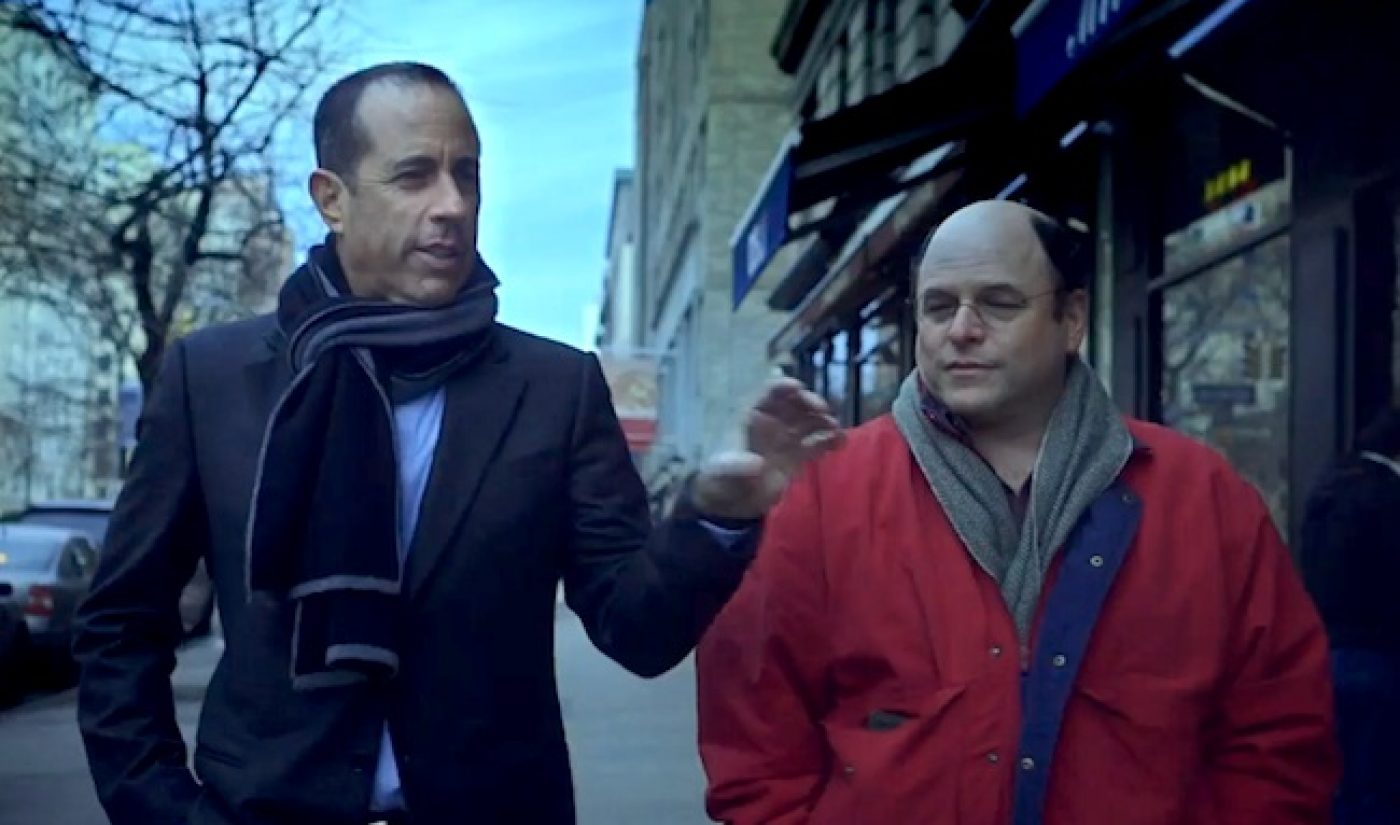 The Seattle Seahawks dominated the Denver Broncos in Super Bowl XLVIII and yada yada yada Seinfeld had a mini-reunion.

In one of the very few Super Bowl commercial Fox aired during the broadcast that was not released online before the big game, viewers saw a short clip in which Jerry Seinfeld channeled his old self from his eponymous and incredibly successful 1990s hit television show in order to promote his 2010s web series. The 90-second spot that aired just before Bruno Mars took the stage at halftime was a teaser for the latest six-minute installment of Seinfeld’s Acura-sponsored, Crackle-distributed Comedians In Cars Getting Coffee. The promo and the episode feature Jason Alexander reprising his George Costanza, Wayne Knight foiling everyone’s plans as Newman, and a 1976 American Motors Pacer acting like a lemon.

“Fox approached Larry David and me about doing some kind of Seinfeld reunion for the halftime broadcast because of the New York connection,” Seinfeld said in a statement released after the segment aired. “So we thought throwing Jerry, George and Newman into a Comedians in Cars Getting Coffee was a fun way to do it. Larry and I wrote the script in one sitting, just like old times, and working with him, Jason and Wayne was a total blast as it always was.”

The episode is titled dubbed ‘The Over-Cheer’ (George appears to have a problem curbing his enthusiasm when the New York Giants are playing) and it’s classic Seinfeld, not that there’s anything wrong with that. But it would’ve been great to see Jerry and George try to tackle some arguments of the modern age. I mean, who puts cinnamon on a tuna sandwich? What’s the deal with that?