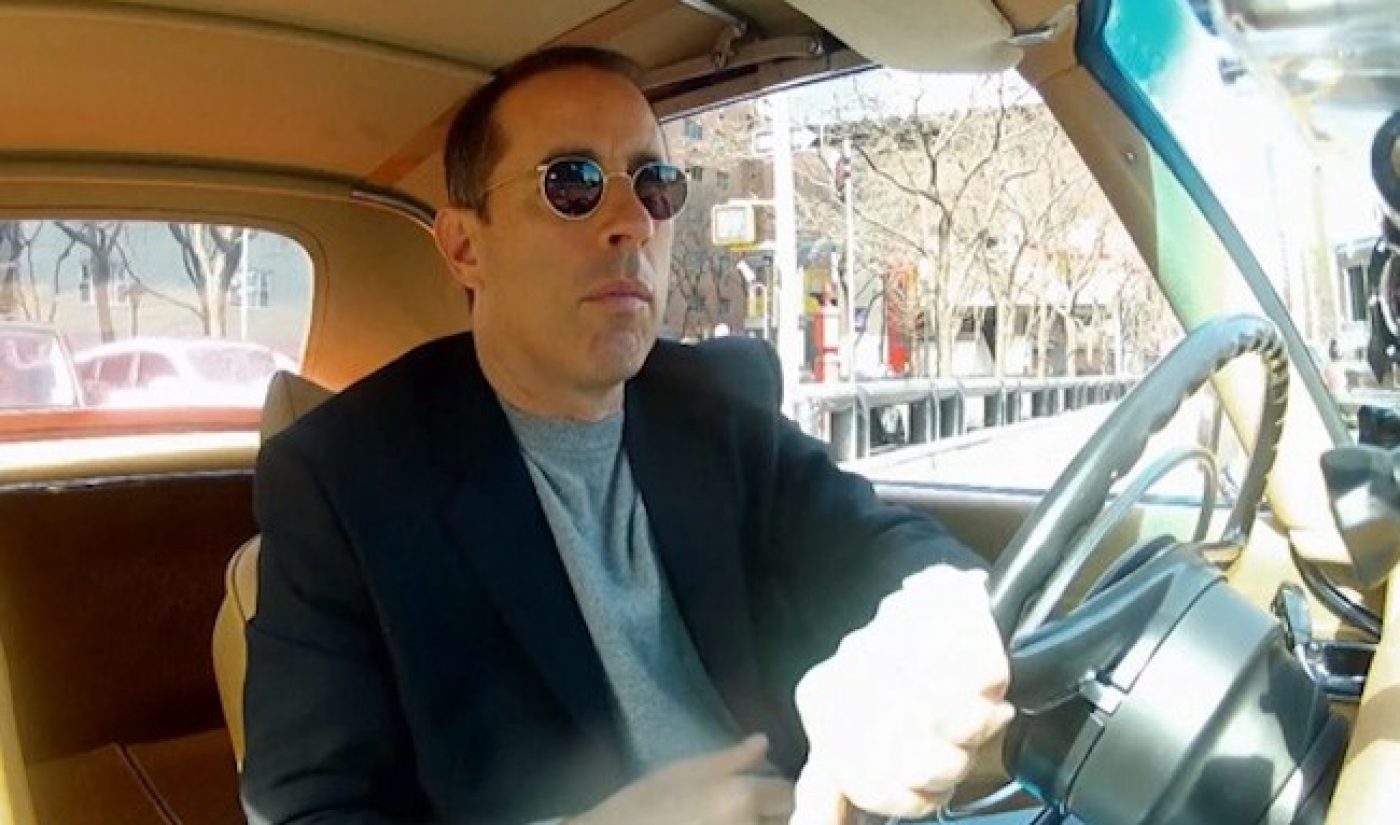 Representatives from Sony Pictures Television’s video sharing site boast Comedians In Cars Getting Coffee has amassed over 25 million views across its 20 episodes released so far (plus the episodes from Season 3 with Tina Fey and Howard Stern have yet to hit the web).

A million views and change per episode certainly isn’t bad for a web series not based on any kind of popular intellectual property that also doesn’t feature any kind of digital native who can command an online audience. Yes, one might expect someone with the mainstream name recognition of Jerry Seinfeld to be able to draw higher numbers to his web series (after all, PewDiePie gets 25 million views in about 6 days), but traditional talent has historically (if I may apply that adverb to the past three or four years) had a tough time transitioning online. Plus, it just recently started to feel like Seinfeld was taking this whole online video thing seriously.

Seinfeld’s done a fantastic job promoting the third season of Comedians in Cars. His incredibly bad Acura commercials and Reddit AMA built up the audience for the program and helped it achieve this 25 million views mark, but a fourth season, as well.