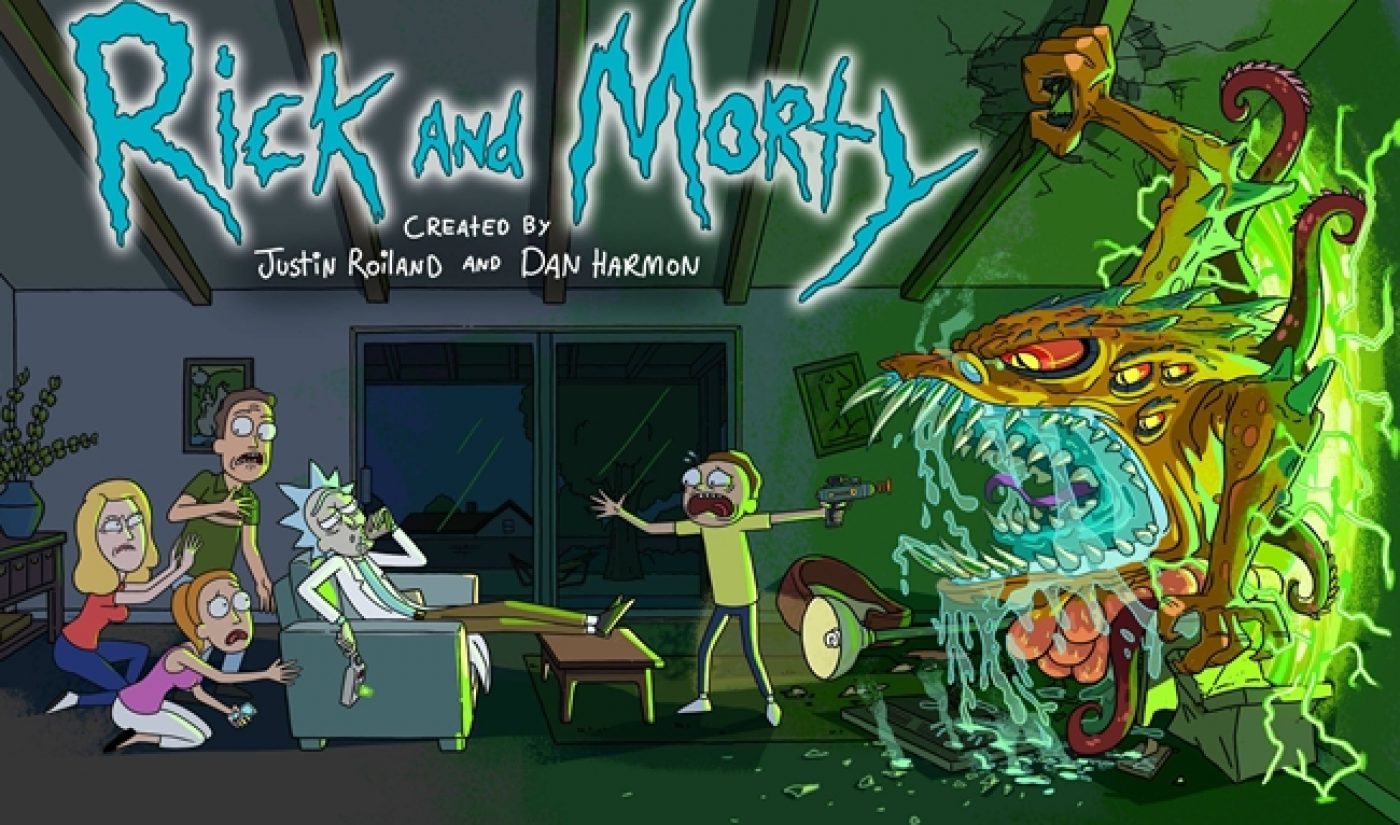 Newsflash: The best new show on TV is Rick and Morty. Since its debut on December 2nd, the animated Adult Swim series has delivered six impressive episodes, each one arguably zanier and more inventive than the one before. While many TV viewers have yet to watch it, Rick and Morty is fast becoming one of the Internet’s favorite series, and Adult Swim’s progressive YouTube policy is a big reason why.

A little background on Rick and Morty: It’s initial form was a NSFW Back to the Future parody titled Doc and Mharti, which debuted at the Channel 101 short film competition. After the short found some attention, creator Justin Roiland teamed up with Channel 101 founder Dan Harmon to turn Doc and Mharti into Rick and Morty, which subsequently found its way to Adult Swim. The series follows a kid named Morty and his grandfather Rick as they go on sci-fi adventures. As I said before, it’s the best new show on TV, but you don’t have to take my word for it. The San Francisco Chronicle loves it as well, as do AV Club and Vulture.

Rick and Morty is tailor made for online viewership. Harmon is best known as the creator of Community, (one of the Internet’s favorite series), while Roiland is known to many as the voice of the Earl of Lemongrab on Adventure Time (ditto). This has led to Adult Swim’s bold distribution strategy: Each new Rick and Morty episode is posted to the programming block’s YouTube channel, where it remains entirely free for a week until the next episode arrives.

View counts have been very healthy. Spurred on by the effusive support of the Reddit community, fans devour each episode during the brief window of availability. At the time of this post, in just a few hours, the latest Rick and Morty episode has received more than 220,000 views.

The question, then, is whether Rick and Morty‘s Internet draw is helping its TV ratings. This hasn’t been the case for some other YouTube-popular TV shows like Key and Peele, but Rick and Morty‘s online distribution appears to be paying dividends. The fifth episode drew more than 1.6 million total viewers, outpacing cable stalwarts such as Archer, The Colbert Report, and The Daily Show. That count is 300,000 views higher than Rick and Morty‘s draw six weeks ago, suggesting that the show’s word-of-mouth appeal is indeed attracting new eyeballs to TV broadcasts.

The key factor here is Adult Swim’s decision to remove new episodes after a week on YouTube. That’s an eternity in Internet time, but it also helps create a scarcity, one that can be resolved by actually turning on the TV and watching Rick and Morty there. The first three episodes are also currently available on the Adult Swim website, so new viewers have a chance to get hooked before they are drawn into the novel distribution pattern. This strategy wouldn’t work for many other shows, but in considering the target audience here, YouTube turns into a goldmine. The high quality is the icing on the cake. Have I mentioned that it’s the best new show on TV?