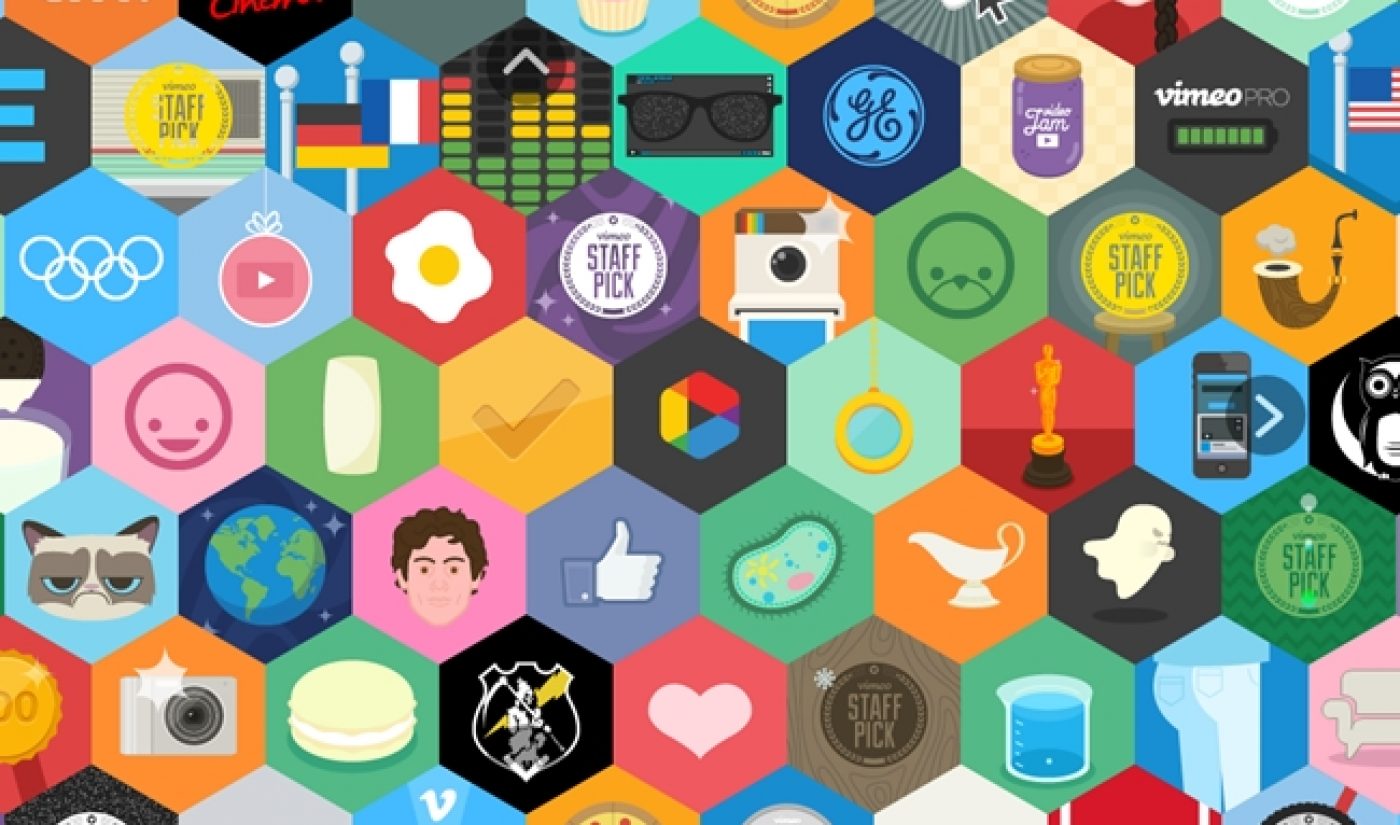 Vimeo may still be somewhat of a niche platform, but according to its staff, it drew some big numbers in 2013. Anthony Irwin, who works as a web designer for the NYC-based platform, penned a post on the Vimeo Staff Blog noting that total 2013 streams nearly topped five billion.

Irwin included a few other stats: In addition to 4.9 billion streams, Vimeo also claimed 20 million registered users, 135 million unique viewers (a 35 million viewer increase over the total IAC provided two months ago), and 1,456 staff picks. A few of those picks were arranged in a year-end list from last month, with Shugo Tokumaru’s ‘Katachi’ coming off as the Vimeo-est Vimeo staff pick of all.

4.9 billion views is a drop in the bucket for YouTube (which averages more than a billion viewers a month), but it is impressive to see Vimeo climb so high while staying true to its roots and not doing everything in its power to annoy its users.

Irwin’s post also shared with Vimeo users a huge 2013 “timeline” featuring all of the company’s top stories from the year that was. Irwin’s short post particularly highlighted the Vimeo burrito eating contest, which is obviously the best reason to work there.

All in all, it seems like a pretty good year for Vimeo, especially for those employees who enjoy huffing down Chipotle burritos. With the tease of animated thumbnails already ringing in the new year, it’s clear that, in 2014, Vimeo will continue to grow while maintaining strong indie cred and sporting a player that will look as good as ever.