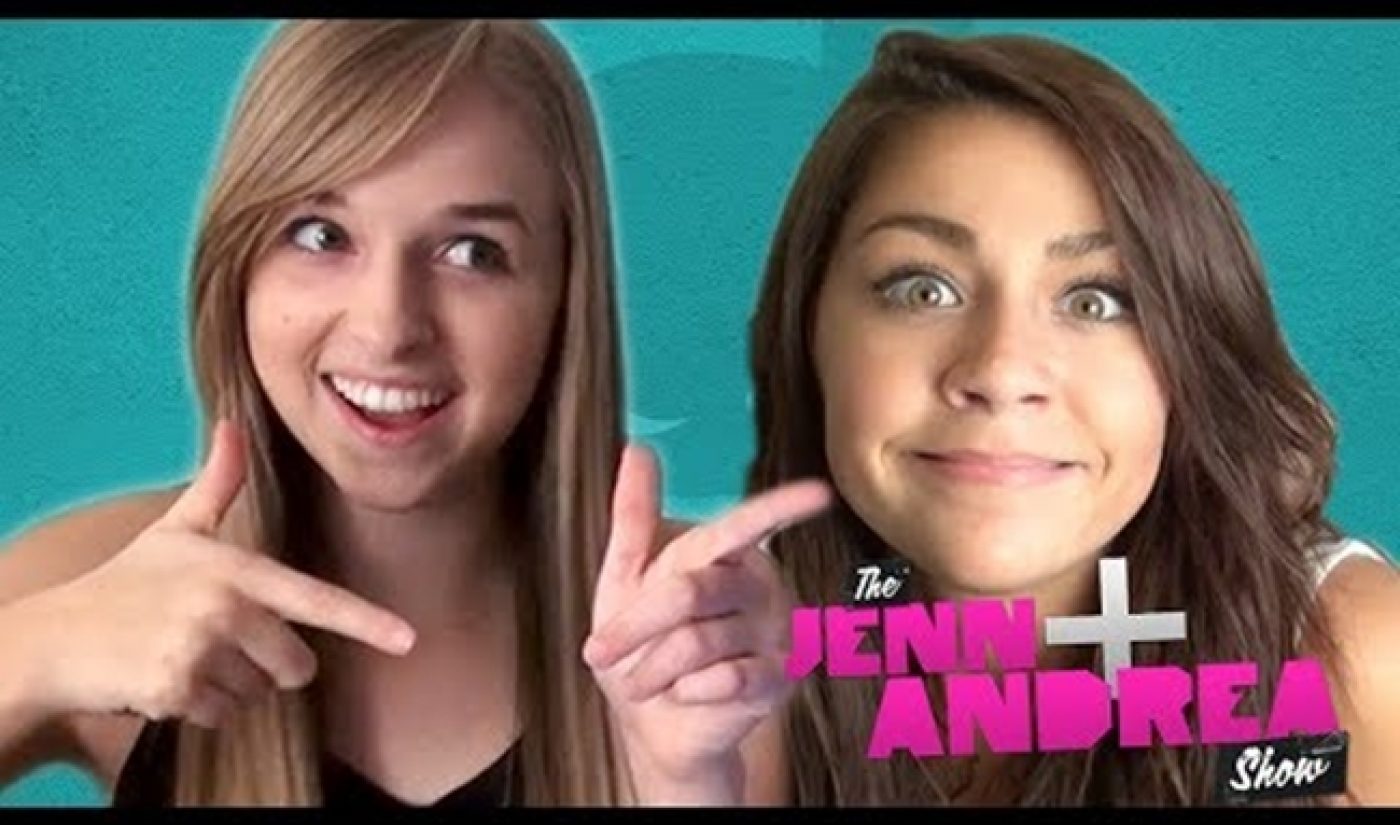 YouTube creators JennXPenn (real name Jenn McAllister) and Andrea Russett are young and successful, and they recently became roommates in LA. AwesomenessTV, the network with which McAllister is partnered, is using their co-habitation as the basis of a unique reality show launched on YouTube. It’s called The Jenn And Andrea Show, and it provides a look into the lives of two teenage girls trying to make it in the big city.

McAllister is 17 and Russett is 18, so the most unique part of their new show is their adjustment to grown-up life in the grown-up world. In the first episode, they search for an apartment, which proves to be more difficult than they imagined. For AwesomenessTV’s young audience, this provides an important lesson on how hard it is to accomplish real world tasks without taking other people into account.

McAllister’s main channel has more than 663,000 subscribers, while Russett counts more than a million between two channels. Their presence on the main AwesomenessTV channel is part of the network’s plan to identify what it calls “famous faces” on YouTube. It also recently launched a web series starring musician Cody Simpson as he celebrates his 17th birthday.

The Jenn And Andrea Show, like most other AwesomenessTV content, isn’t for everyone; however, the network’s young fans will enjoy having another outlet through which they can watch two of their favorite stars. Judging from the first episode, those viewers might also learn a few things about how the world works while they’re at it.