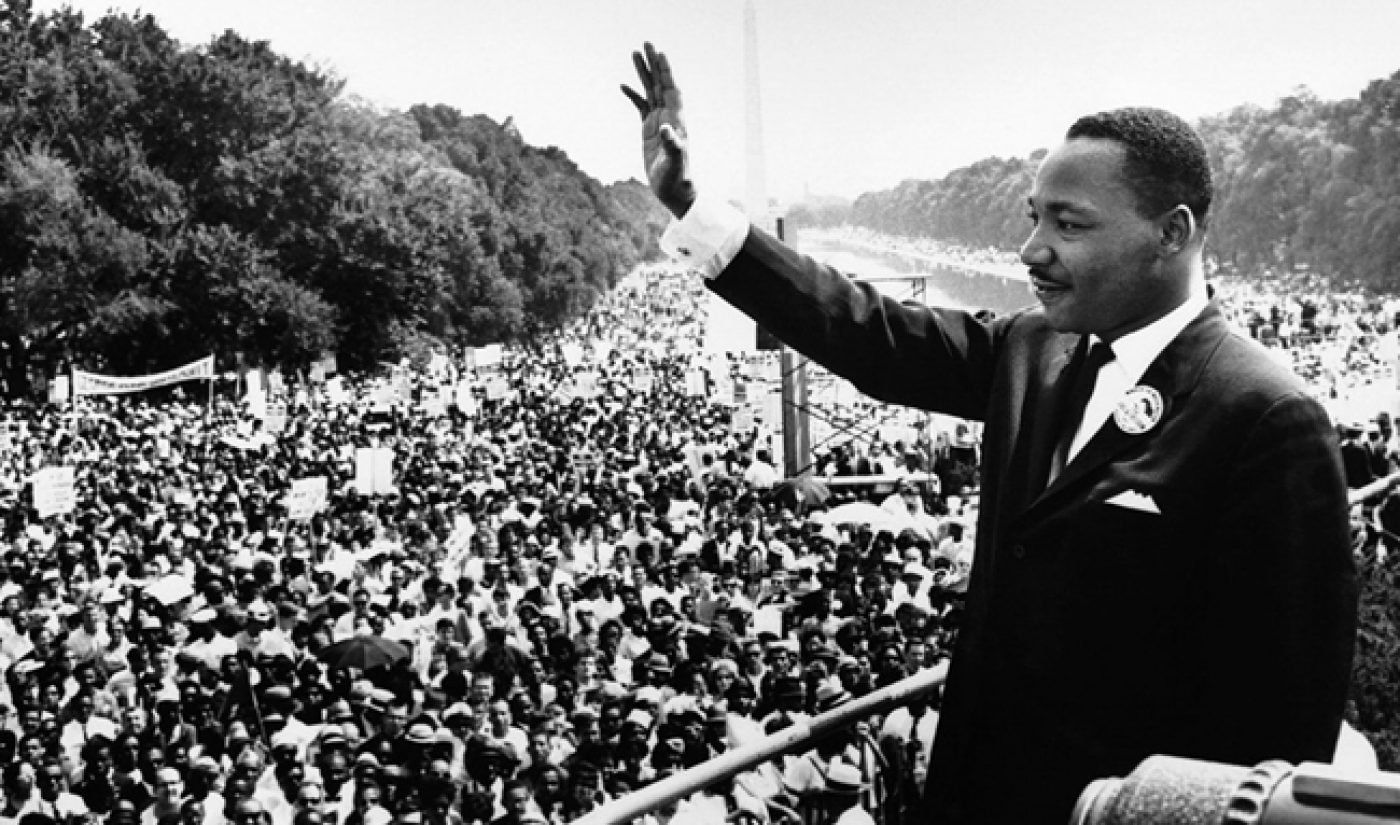 Martin Luther King Day is a national holiday, which means plenty of people have time to sit at home and watch YouTube videos today. YouTube has provided a playlist of ten essential selections that honor MLK’s legacy on what would’ve been the week of his 85th birthday.

The playlist includes footage of a young MLK during the Montgomery Bus Boycott as well as a behind the scenes look at the ‘I Have A Dream’ script. It features a speech from Oprah in his honor and a tour of the DC memorial created in his likeness. Music videos from U2 and Common made the list, as did an MLK-themed entry from the AllTime10s channel.

The most important videos in the playlist, however, are three videos starring Dr. King himself: His Nobel Peace Prize acceptance speech, his 1965 appearance on Meet The Press, and of course, his legendary, world-shaping ‘I Have A Dream’ speech, which available in full on a YouTube channel dedicated to MLK.

Should you search deeper, you’ll find even more videos providing all sorts of interesting takes on Dr. King’s legacy. It has been more than 45 since his death, but thanks in large part to the Internet, we will always have ample evidence of Dr. King’s immeasurable impact.