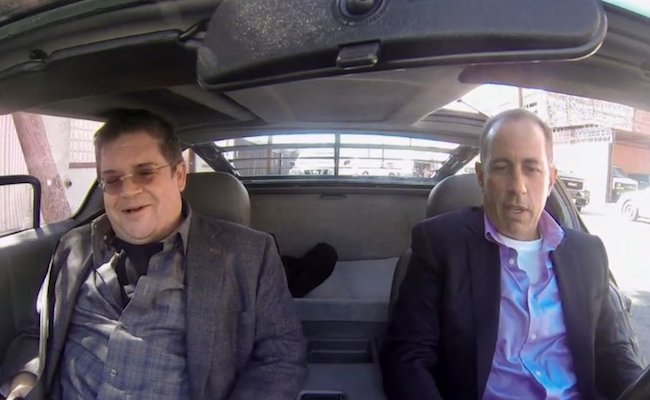 Jerry Seinfeld has done a masterful job promoting the third season of his exclusive-to-Crackle web series Comedians In Cars Getting Coffee. A handful of fantastically bad Acura commercials helped build buzz for the program’s January 3rd debut, as did Seinfeld’s Reddit AMA and the announcement that a solid lineup of entertainment icons (like Jay Leno and Howard Stern) and newerish comedy kings and queens (like Patton Oswalt, Louis C.K., and Tina Fey) would be joining Seinfeld in a variety of classic motor vehicles.

That promotion seems to have paid off and given the latest season of the series a fantastic jump start, so much so that Crackle has already announced it’s re-upped the program for a fourth season.

Six new episodes of Comedians in Cars Getting Coffee, produced by Sony Pictures Television’s Embassy Row are promised to hit the online video destination sometime after the conclusion of Season 3 on February 6, 2014. No word yet on who Seinfeld may be driving around in those later installments, but in the mean time there’s still plenty of Season 3 to watch.

Check out the latest as Seinfeld picks up Oswalt in a 1981 DeLorean DMC-12 that’s being tailed by a helicopter-mounted camera, all of which eventually stall out and make for a fantastic promotion for Uber and a great conversation about how to thrive in the newly hipsterfied Downtown LA scene.