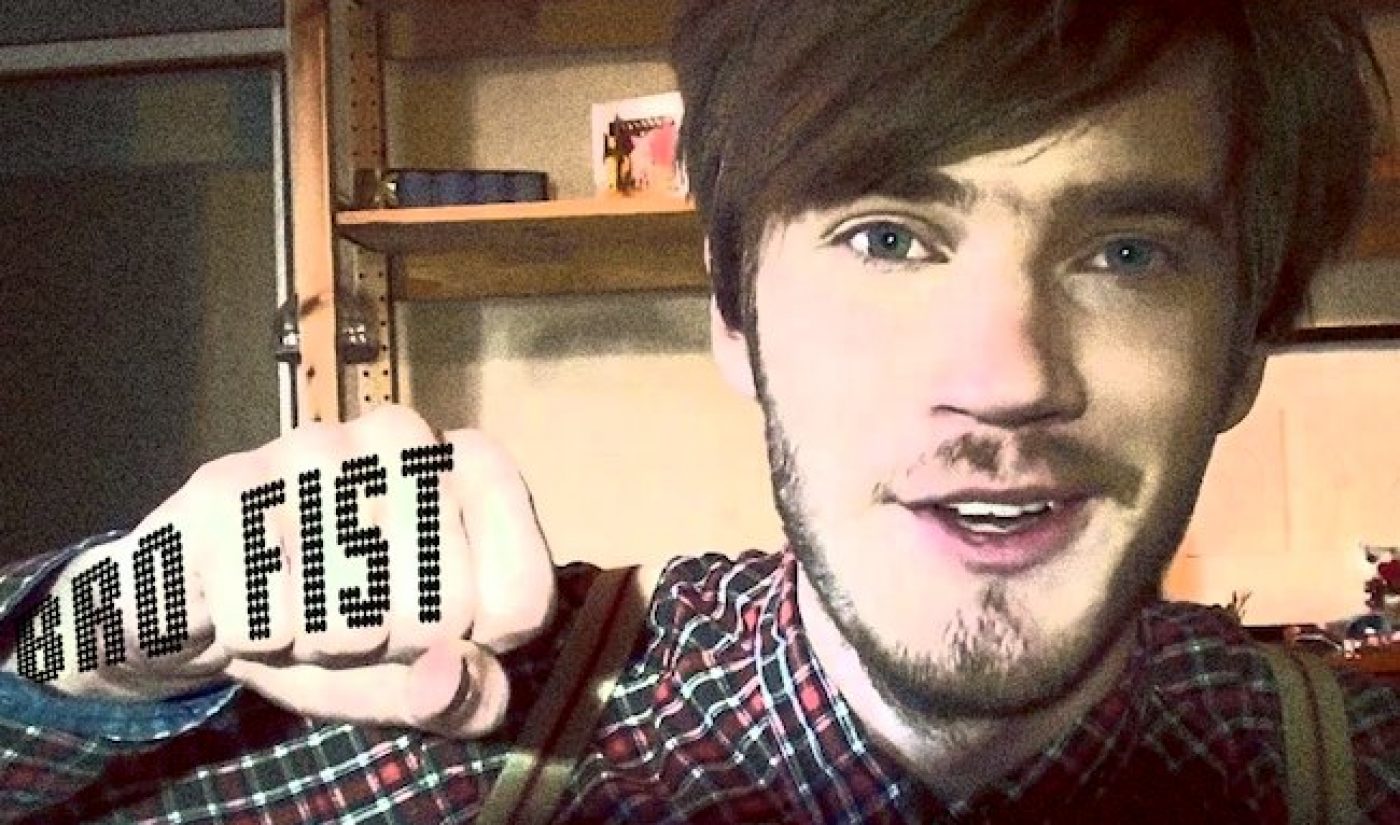 The home for the 24-year-old Swedish native and Great Britain-based online video gamer’s expansive and ever-growing library of Let’s Play videos and occasional personal vlogs crossed the 20,000,000 milestone on January 9, 2014. That’s just 12 days after he crossed the 19 million subscriber mark on December 28, 2013, which was just 12 days after he blew by 18 million subscribers on December 16, 2013.

That means PewDiePie has added his latest two million subscribers at a steady rate of 83,333 new subscribers each day, 3,472 each hour, 57.9 each minute, and one new subscriber every 1.037 seconds. The channel is also once again the #1 Most Subscribed YouTube Channel in the World, taking the title back from YouTube’s very own YouTube.com/YouTube.

In addition to adding an incredible amount of subscribers at an amazing clip, PewDiePie continues to rack up the views. Videos on Kjellberg’s channel were watched more than 215 million times in November 2013, a number that was second only to the entire music industry of Turkey.

For the uninitiated, here’s PewDiePie’s latest, which passed 2 million views within 24 hours of its upload. But before you click play on HOW TO: BE A SKATER, you should be forewarned: If you can make it past the first minute or two, Kjellberg’s videos have a tendency to become infectious.