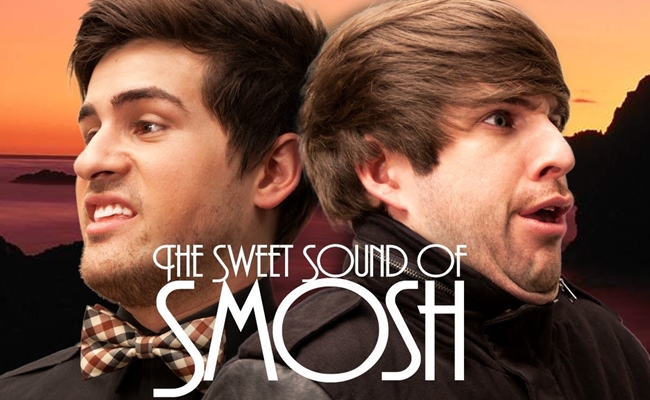 Smosh‘s latest off-YouTube exploit combines a handful of their previous musical numbers into one neat package. The duo consisting of Ian Hecox and Anthony Padilla has released Sweet Sound Of Smosh, an 18-track album featuring channel favorites, bonus songs, and a handful of remixes.

If you’ve watched Smosh regularly over the past seven years, you’ll recognize plenty of the duo’s most viewed videos among the album’s tracks. The ‘Legend of Zelda Rap‘ is there, as is the ‘Assassin’s Creed Song‘, both in remixed forms that encourage fans to actually purchase the album instead up running up more views on YouTube. A couple new songs exclusive to the release help further the same goal.

Here’s Smosh’s video introducing the album, which is now available on Itunes and Google Play:

Sweet Sound Of Smosh is only the latest in what is fast becoming a long line of Smosh-related goodies. In the past few months, the Defy Media network has assisted its most popular partners in releasing an official magazine, a second spin-off game, and a pay-to-view compilation of their popular If It Were Real series. This time, the album arrives right before Christmas, making it the perfect stocking stuffer for the Smosh fan in your life.