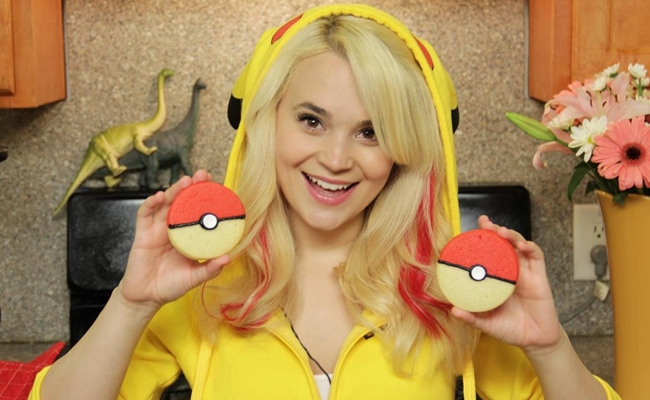 DECA‘s Kin Community YouTube network has established itself as a worthwhile destination skewed towards young women. Now, thanks to a trio of new partnerships, it can count some YouTube Millionaires among its roster as well. Rosanna Pansino and Wayne Goss have joined Kin Community, as has Pinterest star Joy Cho.

“Kin Community feeds the passions of women by aligning with channels that are inspiring and entertaining” said DECA CEO Michael Wayne. “By partnering with top talent on YouTube, Kin Community will continue to curate high-quality content that is most meaningful to women.”

Goss and Pansino have weirdly similar subscriber counts, with both sitting at exactly 1.265 million at the time of this post. Of the two, Pansino has probably been more visible, cooking up tasty treats on her Nerdy Nummies show and guest starring across YouTube. Unfortunately, many viewers probably recognize her as the star of YouTube’s introductory video for its new comment system, providing Pansino with an infamy she neither asked for nor deserves. Here’s her latest episode, featuring Resident Evil cupcakes.

As for Goss, he isn’t as well-connected to the YouTube community as Pansino is, but he’ll well-established outside of it. He recently launched his own brush line and his thrived as one of the Internet’s most popular male beauty gurus.

Cho doesn’t have a huge YouTube presence, but she’s a star on Pinterest, where several Kin Community partners–including Ellen–have built strong followings. Cho best exemplifies what Kin Community is trying to do. It’s not just about video–it’s about building a team of influencers who can use their clout with young women to build their respective brands on sites like Pinterest and Subblime. It’s a strategy for which the three new additions are well-suited.