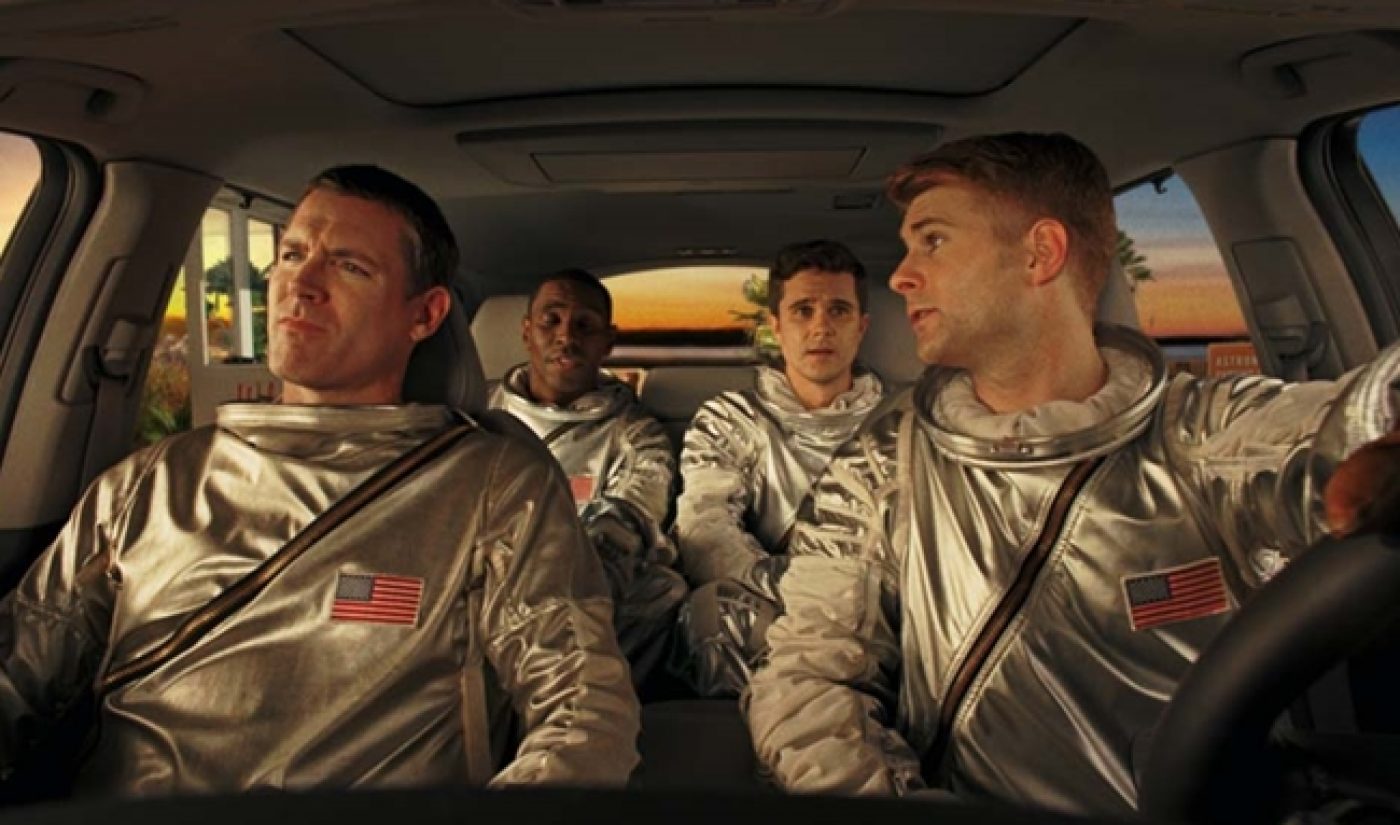 The third season of Jerry Seinfeld‘s Comedians In Cars Getting Coffee will return to Crackle and YouTube on January 2, 2014. Acura will return as the series’ sponsor, and Seinfeld has helped the car company out by penning a handful of pre-roll ads set to run before his show. The ads satirize classic car commercials from the 50s and 60s, and they are purposefully cheesy.

Seinfeld, who is well-known as a classic car enthusiast, based the new ads on the ones that aired during his childhood. He packed each one full of corny enthusiasm and excitable narration, while director Barry Sonnenfeld provides the same retrofuturism he used in the flashback sequences of the Men in Black films.

There are eight spots in total, and while some of them get a little weird (e.g. the gross potato salad ones), there are some decent laughs that will probably convince many viewers not to skip straight through to the main attraction.

Before you accuse Seinfeld of becoming a corporate drone, understand that he is attempting to satirize not just cheesy old ads, but the deceptive attitude that is often employed by marketers. “To me, what was funny was a car from 2014 gets transported back to an ad agency in 1965 which is somewhat incompetent,” he told the New York Times. “The feeling that I’m trying to give the consumer is, ‘We don’t get you — we are so out of touch that we’re bragging that our cars are metal.”

If you’re not in the mood to watch some car ads right now, don’t worry. You’ll see plenty of these spots when Comedians in Cars Getting Coffee returns in a couple weeks.