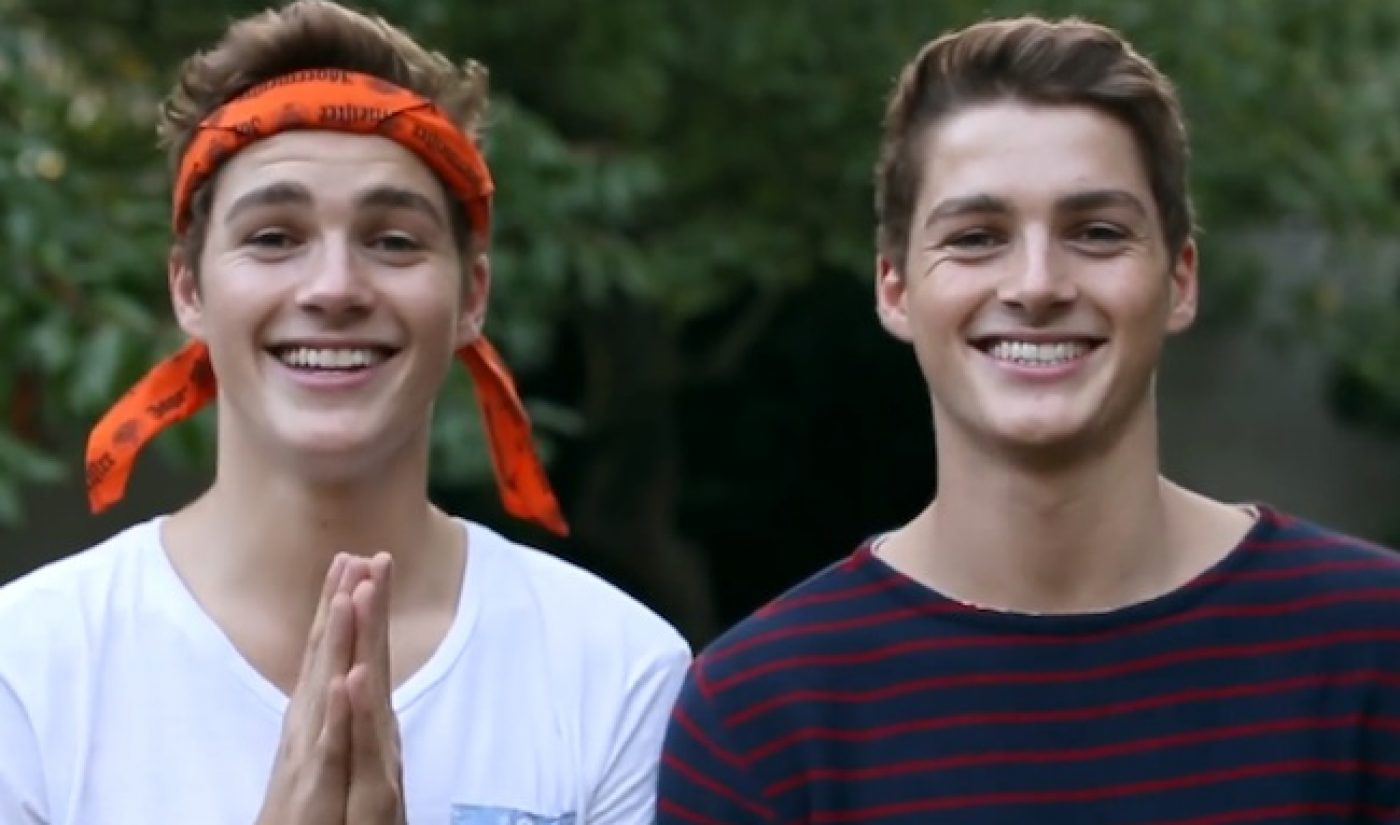 It’s a good week for charities. Just a few hours after Hank and John Green of the Vlogbrothers kicked off their annual Project For Awesome, which raises hundreds of thousands of dollars for good causes every year, another fraternal pair of YouTube stars concluded their own six-figure charity drive.

It worked like this: The photogenic twins (who are no strangers to charitable acts) embarked on a “3,500km pan-Indian adventure in a 7 horsepower glorified lawnmower” (aka The Rickshaw Run) and documented the experience via video.

It was an epic adventure, but also an excuse for Jack and Finn to solicit donations to help support one of their favorite charities. Contributors received items like limited edition t-shirts and posters in return for their contributions, as well as an opportunity to get flown out to London, have dinner with the Harries, and take a rickshaw ride of his or her own.

Here’s more of the Harries and friends Indian adventures, and here’s to many more charitable acts from those lucky enough to find themselves in newfound positions of influence thanks to new media.