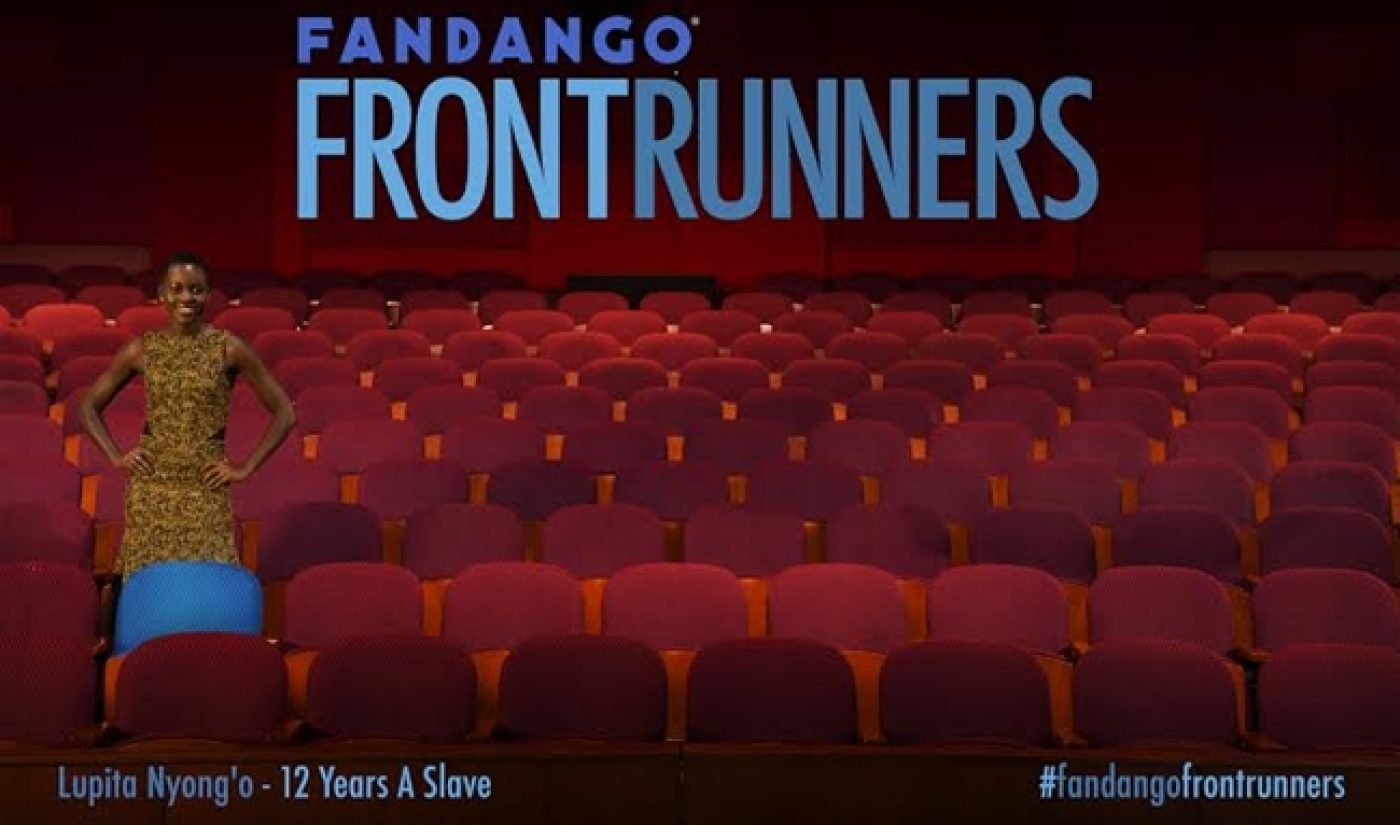 The Golden Globe nominations arrived today, which means zealous movie lovers can now start legitimately discussing ‘awards season’ around the water cooler. As it did last year, Fandango is hyping up some of this year’s big contenders through its Frontrunners series, which has received a face lift and a few new twists this time around.

The host of Frontrunners is Dave Karger, the correspondent who has hosted much of Fandango’s original web content since arriving from EW in October 2012. Karger is much chattier now, preferring to interject his own commentary rather than letting the actors carry conversation. He even gets to use a pause button to interject commentary into each actor’s signature scene.

The biggest change, however, is the venue. The episodes are filmed at the Dolby Theatre, where the Academy Awards are held every year. The first two guests to take in the spectacle are Ben Stiller (whose most recent film is The Secret Life Of Walter Mitty) and Lupita Nyong’o of 12 Years A Slave. Nyong’o’s interview is the one we’ve chosen to feature, since, unlike Stiller, she actually has a chance of being a frontrunner this year.

New episodes of Frontrunners will continue to stream in over the next few months until the Academy Awards on March 2, 2014. Of course, Fandango makes sure not to lose track of its primary goal: Each video instructs viewers how to buy tickets for the movies featured in each interview. Should the new venue and updated format keep things exciting, Frontrunners will be an online video program worth the attention of keen film fans.