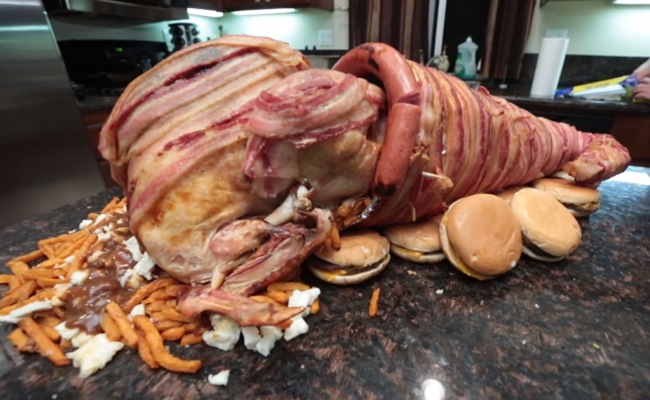 Every Thanksgiving brings a wave a relevant YouTube videos. Some are funny, some are serious, and others are so-bad-they’re-good. Here are our seven favorite videos we’ve seen on YouTube over the past couple of weeks in advance of Turkey Day.

7. Pilgrims and turkeys: The True Thanksgiving Story by The Bison Council

This ad has seen a fair amount of exposure, and while it is an affront to the holy shrine of the Thanksgiving turkey, it’s pretty funny. Still, I’m not rushing to put bison on my Thanksgiving plate just yet; the bottom line is that they are just too cute.

6. Unwritten Rules of Thanksgiving Everyone Needs To Follow By Buzzfeed

The only written rules for Thanksgiving are ‘eat’, ‘be grateful’, ‘eat more’, ‘watch football’, and ‘seriously, keep eating’. If you need to make sure you don’t overstep any unwritten boundries, however, you should probably watch this Buzzfeed video.

If you don’t think this video belongs on the list, you’ve obviously never had Peruvian turkey. Definitely try this recipe out if you’re looking to get a little frisky in the kitchen this year.

I’m thankful that YouTube prankster Stuart Edge has never snuck up behind me and startled me in a breathy voice.

The latest installment of Kristen Stewart Explains has KStew reciting the story behind the first Thanksgiving. As per usual, it’s not the most accurate information. The best part: The Boston-accented Native Americans, who I really hope are a nod to this scene from Blazing Saddles.

2. 10 Thanksgiving Pick Up Lines by DailyGrace

Grace is chock-full of one liners in advance of her Thanksgiving feast. Perhaps she’s practicing for her next turn on @midnight.

Each Thanksgiving, no one has more to be thankful for than Epic Meal Time. YouTube’s #1 cooking show may never have gone viral if not for their legendary Thanksgiving Turbacon it introduced in 2010. For the last two Thanksgivings, Harley Morenstein has given back; this year, he paid for random shoppers’ groceries at the local supermarket. Oh, and then he and his pals cooked up a cornucopia of bacon, turkey, sweet potato fries, poutine, burgers, and every other unhealthy thing they are openly thankful for.

Did we miss your favorite Thanksgiving video? Let us know in the comments.