YouTube Coming To Xbox One With Some Neat Features 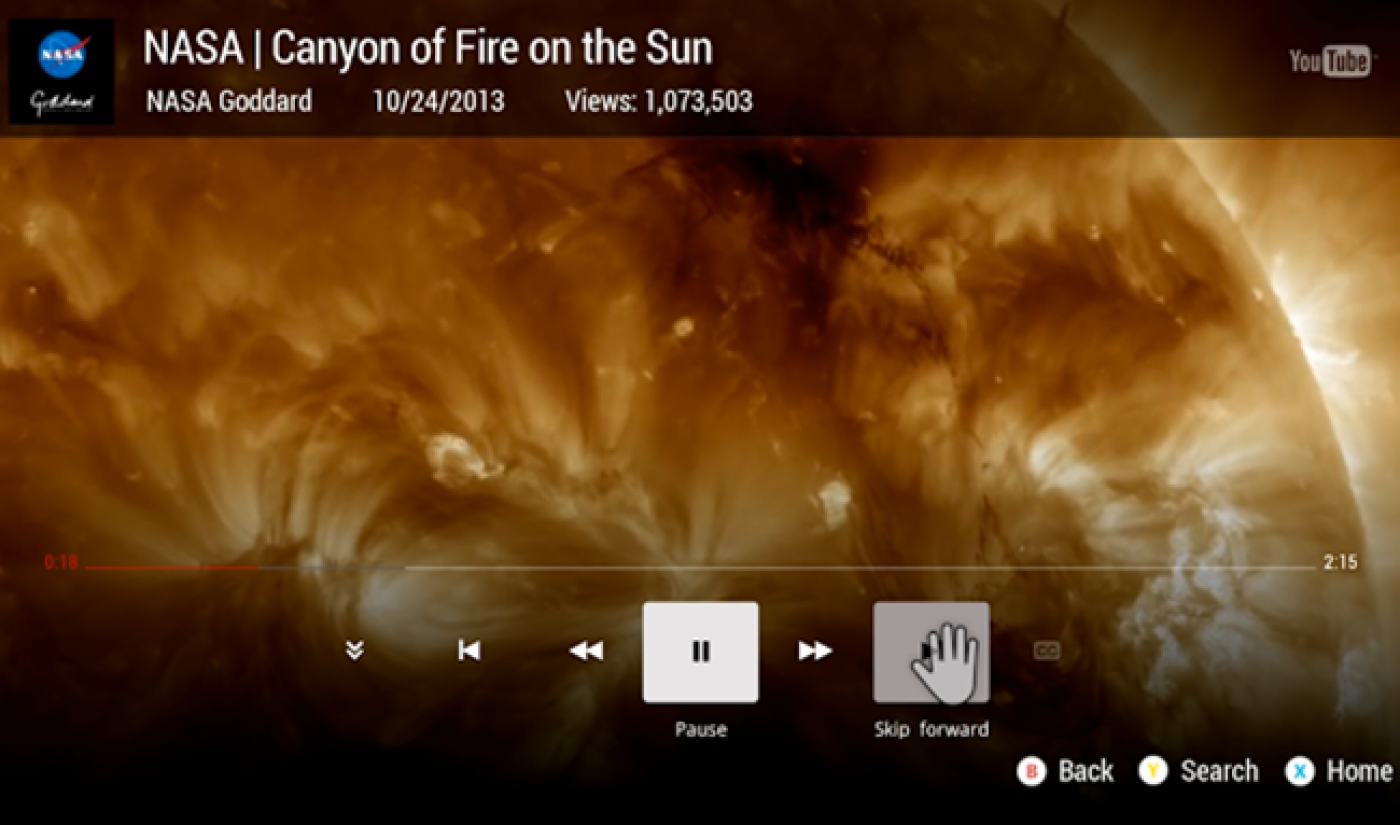 The console war is in full swing, and Xbox One is winning in at least one category: YouTube functionality. A blog post has announced that the world’s most popular video sharing site will be available on Microsoft’s brand new console, with some snazzy features included.

In addition to playing videos through normal means, users will be able to access YouTube through voice commands as well as hand gestures that allow users to swipe through videos from a distance. Those futuristic add-ons may be the coolest ways YouTube has integrated itself into the new console, but the most important feature is the same one available on Xbox 360: Full functionality in 1080p.

YouTube joins an impressive lineup of Xbox One launch apps; the console will also be able Amazon Instant Video and Netflix, turning it into more than a gaming console. The PS4 can’t offer the same range of apps, but it can always fall back on this awesome diss ad, which was one of the most shared of the year. Which console will you choose?