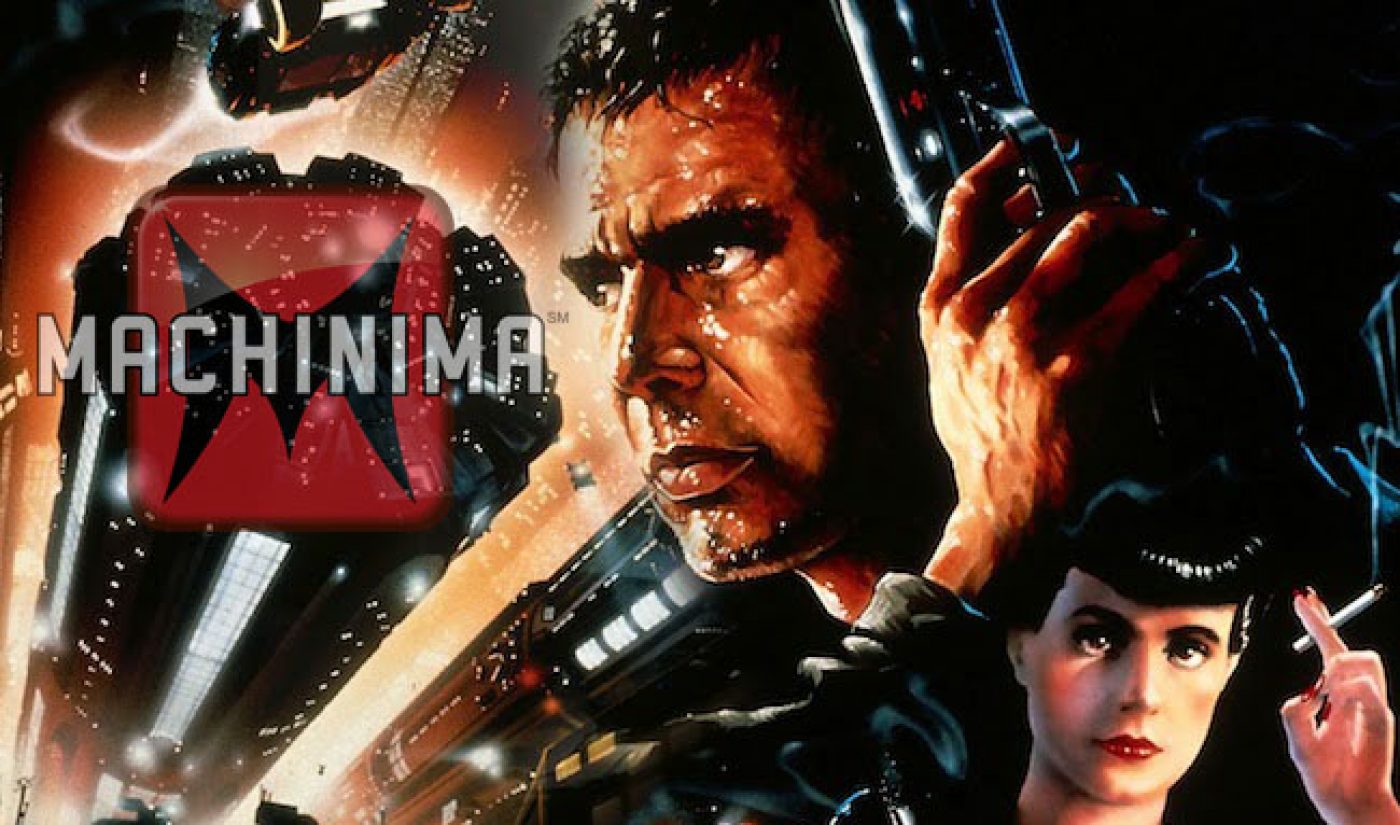 The partnership between Machinima, Ridley Scott, and Scott’s RSA film and commercial production company could’ve brought the world things you people wouldn’t believe. The collaboration first announced in March 2013 promised 12 shorts made by 12 burgeoning directors, some of which would hopefully catch fire on the internet and spawn fresh franchises to glitter in Hollywood’s derivative darkness. But now all those videos will be lost in time, like tears in rain. The deal is dead.

Scott and company officially called it off with the massive multi-channel network sometime this month. VideoInk reports and our sources confirm the initiative was 86ed because of scheduling conflicts. Orchestrating all the parties involved (including executives at Machinima and RSA, directors, and advertisers) around production schedules and brand calendars proved to be too difficult to manage.

Sources close to the deal also tell us Machinima had a handful of sponsors on board to buy media against the project (including at least one with a multimillion dollar budget). Perhaps the network will still be able to wrangle some of that spend for other videos with directors who don’t fall under the banner of RSA, but nothing is in motion just yet.

The news comes less than a month after we reported two of Machinima’s executives are to leave the company at year’s end. President and Co-Founder, Philip DeBeVoise and Executive Vice President of Network Programming, Aaron DeBeVoise will both depart in early 2014 to begin new ventures. They’ll be joined shortly thereafter by Machinima CEO and Co-Founder, Allen DeBeVoise. On November 1, news broke that he, too, would be stepping back from his day-to-day role at Machinima, but still remain on board as chairman, as soon as his company secures its next round of financing

This also isn’t the first time RSA has backed out of a major, much-hyped online video initiative. Scott made headlines in June 2009 when he announced he’d soon release (under a Creative Commons license, no less) a prequel to his cult-classic Blade Runner in web series form. That project was shuttered a year later in July 2010.