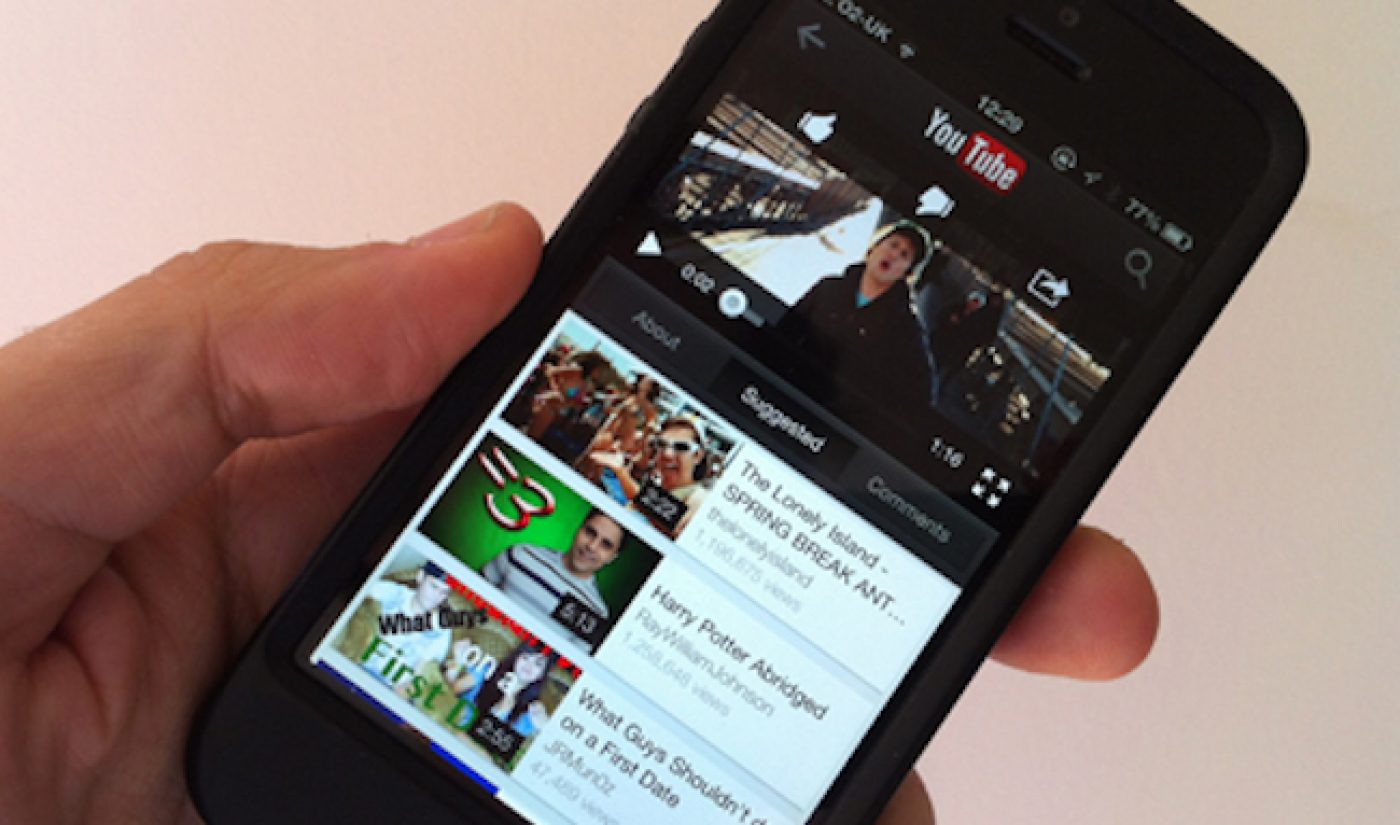 YouTube just opened up some prime real estate for online video advertisers. On its app.

The world’s largest online video sharing site that claims 40% of its traffic now comes from mobile devices recently revealed a premium video advertising unit on its Apple iOS application (and possibly its Android app, too, though I haven’t seen it yet on my phone) according to Tim Peterson at Ad Age. When activated, the spot appears at the top of any given user’s “What to Watch” list just like any other video, except with the addition of one of Google’s new bright yellow “Ad” labels.

Richard Greenfield, a media analyst at BTIG, first spotted the mobile takeover unit and posted the following and explanation:

Don’t let Greenfield’s didactic video tour fool you. This could be a very big deal.

Out of the 6 billion hours of video watched per month on YouTube, roughly 2.4 billion of those hours of video are consumed on mobile devices. If the first thing a vast majority of those viewers see whenever they access their YouTube applications is the is the same advertisement, that spot could command some serious ad dollars.

To put the possible economics in perspective, a takeover of the YouTube homepage in 2009 reportedly cost upwards of $400,000, but only a portion of YouTube’s desktop traffic enters the site by way of YouTube.com. Most end up on the URL by clicking a link to a specific video. Imagine what a spot would cost if the premier video displayed to each and every visitor was from an advertiser. Yes, a lot has changed in the online video advertising industry in the past four years, but this still illustrates the newfound potential for very for big spends.

See any ads in your mobile viewing? If so, be sure to let us know what you think of them in the comments below.