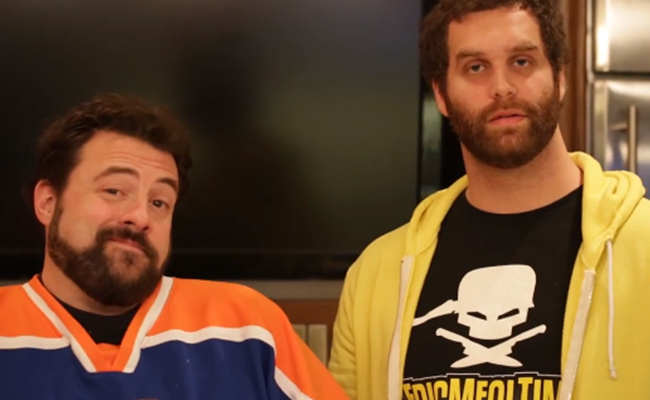 The Sauce Boss is coming to a theater near you. Harley Morenstein, the iconic bearded figure at the center of Epic Meal Time, has received a significant role in Tusk, a horror-comedy from director Kevin Smith.

If Tusk‘s Wikipedia page is to be believed, Morenstein will play a role befitting his Canadian heritage: a border agent. His appearance seems like it will be more than just a one-line cameo, too; he noted that he has “a whole bunch of funny lines.”

Tusk, which recently began filming, will star Michael Parks as a man who puts an ad in the paper offering a spare room to anyone who is willing to spend their days dressed as a walrus. Justin Long will play the man who answers that ad. It is slated for a 2014 release, will be Smith’s first feature film in three years, and will probably be highly surreal and irreverent.

Tusk will not the first collaboration between Smith and Morenstein. Previously, the famed Clerks director helped craft a ‘Burly Beaver Sandwich’ on Epic Meal Time. That appearance came one month after Smith upped his digital presence by joining multi-channel network Maker Studios.

While Morenstein has many online video credits to his name (including a semi-regular role as the principal of Video Game High School), Tusk will be his feature film debut. He will join other YouTube creators who recently made the jump to the big screen, including Jimmy Tatro and Sophia Grace Brownlee. See kids? Bacon isn’t all bad for you.