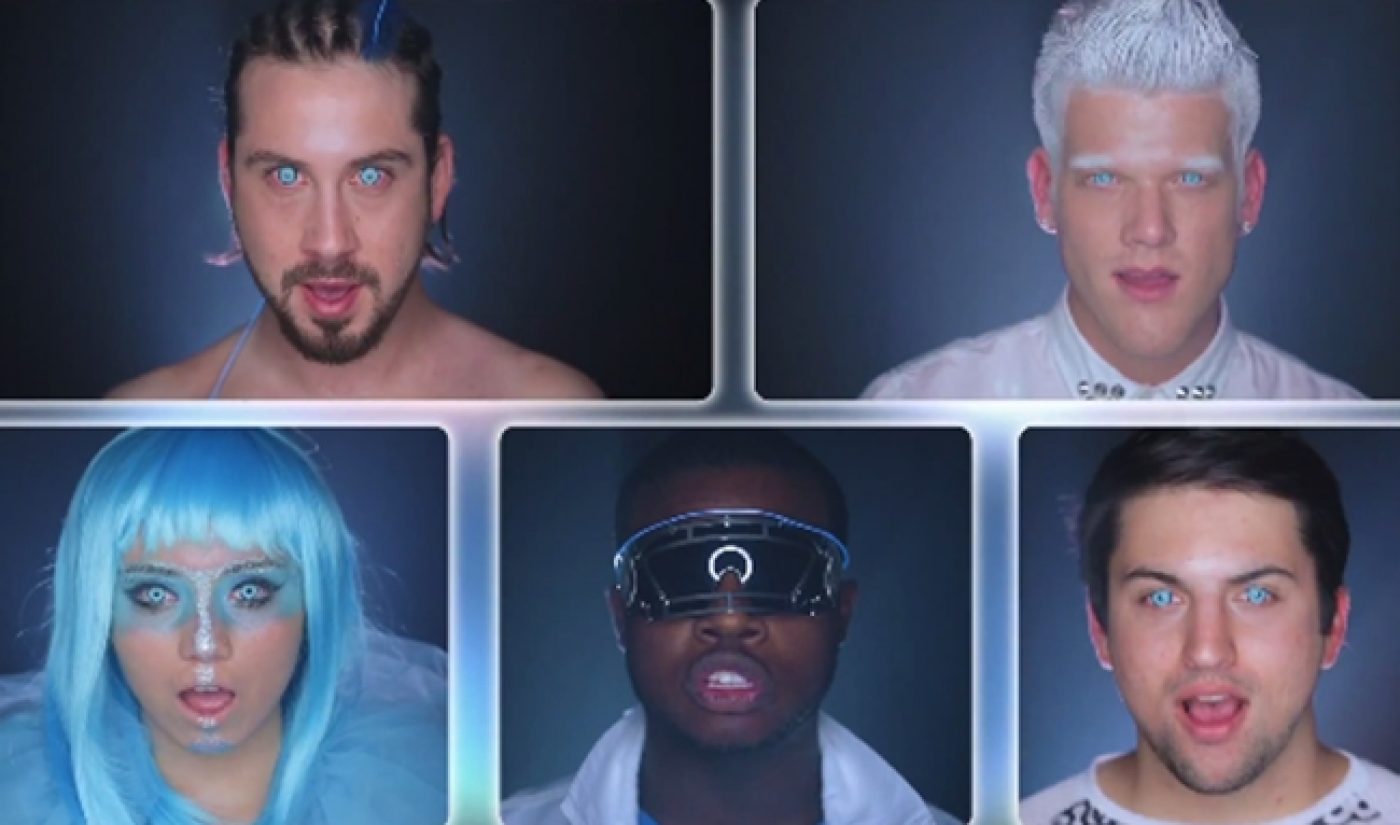 What do you do when you’ve just won a YouTube Music Award, you’re set to release your second album, and you have 1.8 million fans waiting to see your next move? For a capella group Pentatonix, the answer is ‘make a certifiably kickass Daft Punk medley.’

The vocal quintet’s latest video is one of its best, as it dazzlingly remixes the catalog of the French electronica duo. Of course, this being 2013, the still-inescapable ‘Get Lucky‘  serves as the main attraction, but we are also treated to brilliantly reworked versions of ‘One More Time’, ‘Harder, Better, Faster, Stronger’, and several other hits. Oh, and there are crazy costumes, because those make everything better.

The Daft Punk medley arrived on the same day as Pentatonix’s new album, its second collection of a capella versions of popular songs. A day earlier, the Arlington, Texas songsters picked up a YouTube Music Award for the remix of Imagine Dragons’ ‘Radioactive’ they created alongside Lindsey Stirling. So all in all, it’s been a pretty good week–both for Pentatonix and fans of deftly-constructed musical medleys.