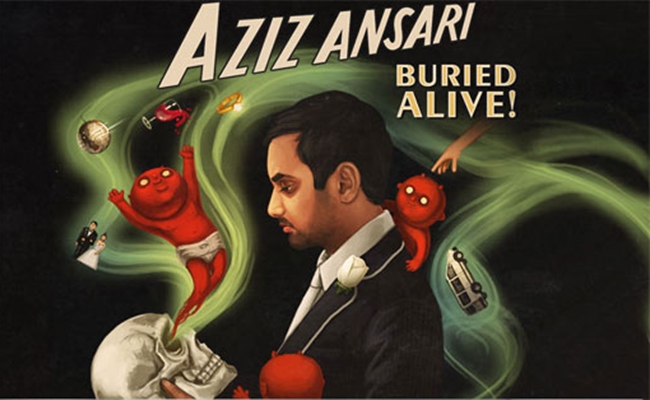 The full special runs for 79 minutes. It is the eighth comedy special Netflix has distributed in the last three months; other comedians who recently released their work on the site include Marc Maron and Mike Birbiglia. ‘Buried Alive’ is also one of the few releases in what is shaping up to be a quiet end-of-year period for Netflix’s originals department.

“I think people now just like to watch stuff, whatever they want and watching whenever,” said Ansari in a conference call. “I’ve done every kind of method, like releasing my stuff for $5.” He is referring to his previous special, ‘Dangerously Delicious’, which he self-distributed with the help of pay-to-view platform VHX.

Go ahead and stroll over to Netflix to check ‘Buried Alive’ out, unless, of course, you don’t have Netflix, in which you’ll have to satisfy yourself with YouTube clips. Also, you should probably go ahead and get Netflix. They release all sorts of fun stuff and it’s totally worth it.