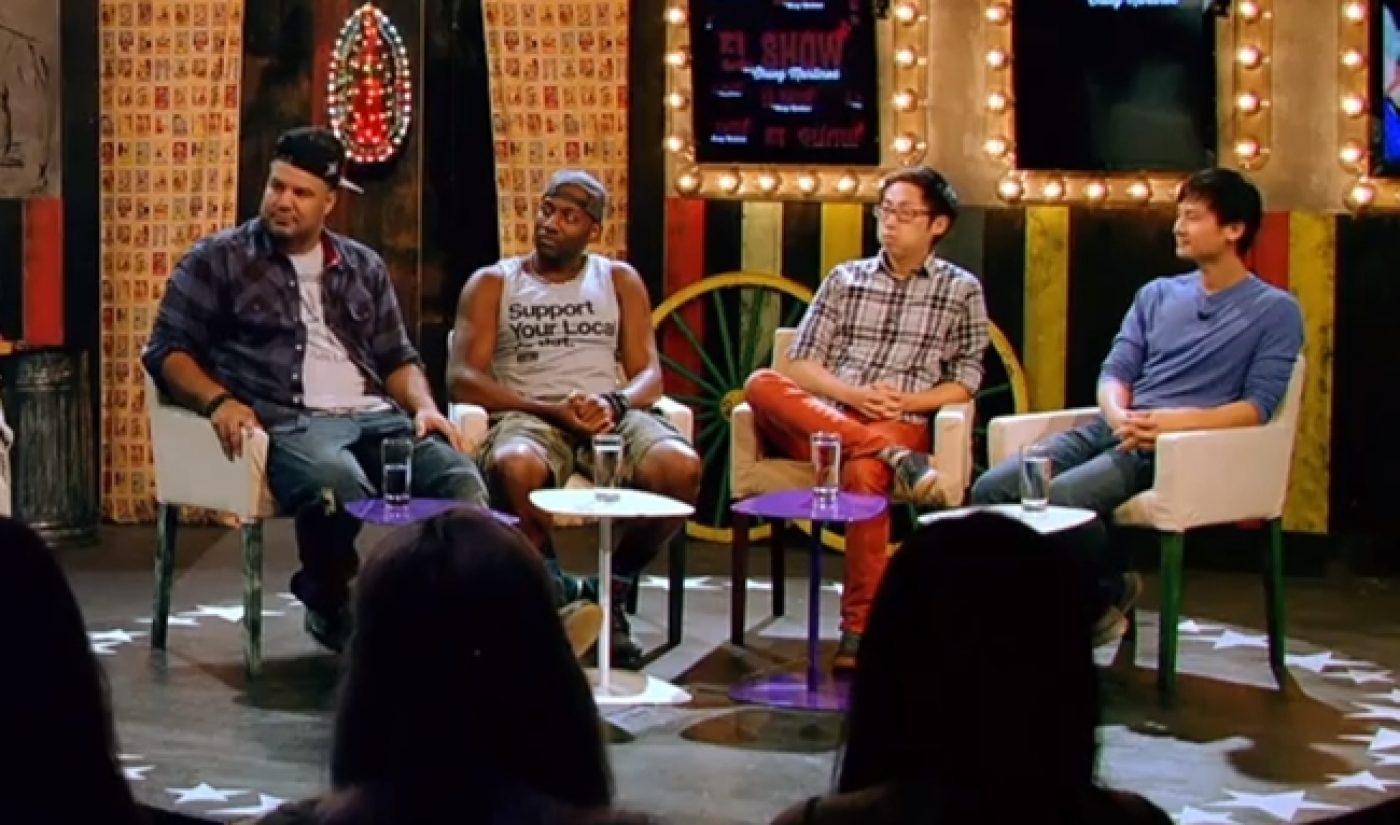 MiTu, the most prominent Latino-focused network on YouTube, is catering to hombres everywhere with its latest channel. That channel is Macho, which will feature men’s interest programming and has kicked off with the first episode of a stereotype-spewing variety show, El Show With Chuey Martinez.

El Show was filmed before a live studio audience at YouTube Space LA, and its first episode matches up titular host Chuey Martinez (a radio personality on KIIS FM) with a trio of YouTube personalities: DeStorm and The Fu Brothers. With three different minorities represented, El Show jokingly plays up racial stereotypes with a game show called ‘Know Your Peeps‘ hosted by a wigged Eric Schwartz.

El Show is highly inappropriate, and that’s all according to plan. “Our idea behind El Show was to create an outrageous and unpredictable tune-in experience and breakout format that showcases and celebrates a cross section of popular web based talent,” said Doug Greiff, co-founder of MiTu. “We see El Show as the ultimate collaborative experiment and cultural connector, where YouTube stars from all walks of life can come together, showcase their diverse talents and skills, and be exposed to our exploding, dynamic Latino-friendly audience.” The stars Greiff speaks of aren’t limited to those featured in the first episode. Future renditions of El Show will feature the likes of Hannah Hart, the cast of Mortal Kombat: Legacy, and The Janoskians.

Other programs on Macho include Lego comedy Tales of Provencia and Mexican horror web series El Porvenir. The channel’s style won’t be everyone’s cup of tea, but the positive response  evidenced by El Show‘s like/dislike ratio reveals it is striking a chord with its intended audience.