‘White Collar Brawler’ To Take Its Shots On The Esquire Network 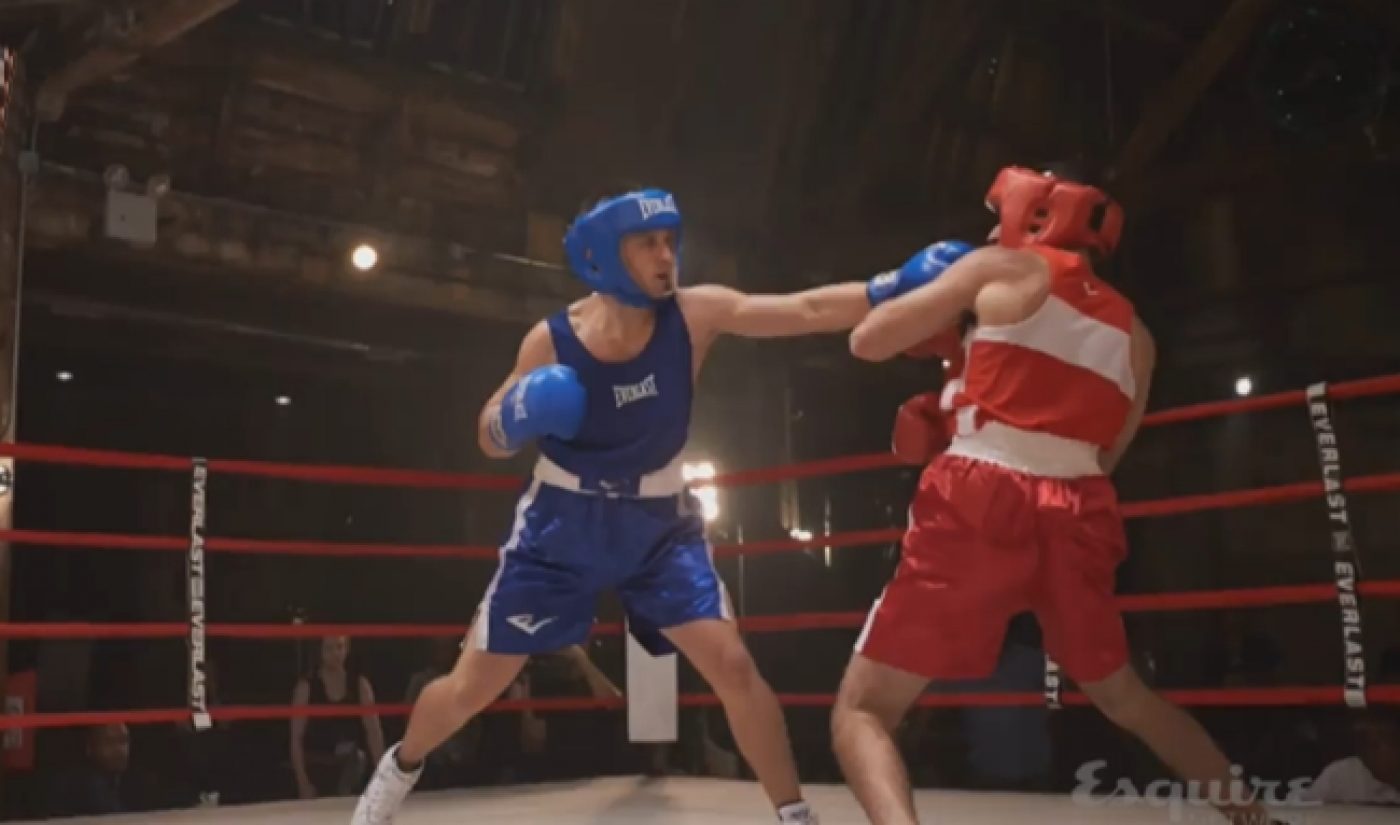 NBC Universal‘s newly-minted Esquire Network advertises itself as a TV channel “celebrating man at its best,” and what could be more manly then some straight-up fisticuffs? In search of new programs that align with its mission, Esquire has picked up White Collar Brawler, and it will air a new season of Portal A‘s well-received 2010 web series beginning on November 19th.

For the uninitiated, White Collar Brawler began in 2010 when Portal A co-founders Kai Hasson, Nate Houghteling, and Zach Blume left their office jobs, with Hasson and Houghteling training to become amateur boxers. The fruits of their respective labors were tested when they battled it out during the first week of 2011, with Houghteling emerging victorious.

Since then, Hasson, Houghteling, and Blume have attempted to shop around a second season. We chronicled their attempts to find a distributor back in 2011, but they only completed the search when Esquire came along and purchased the rights earlier this year.

We’ll have some more from the Portal A founders as the release date draws near. For now, just hype yourself up by throwing on some boxing gloves. As with this guy, your typing abilities should remain unimpaired.