‘Carrie’ Viral Video Proves Films Can Use Prank Marketing Too 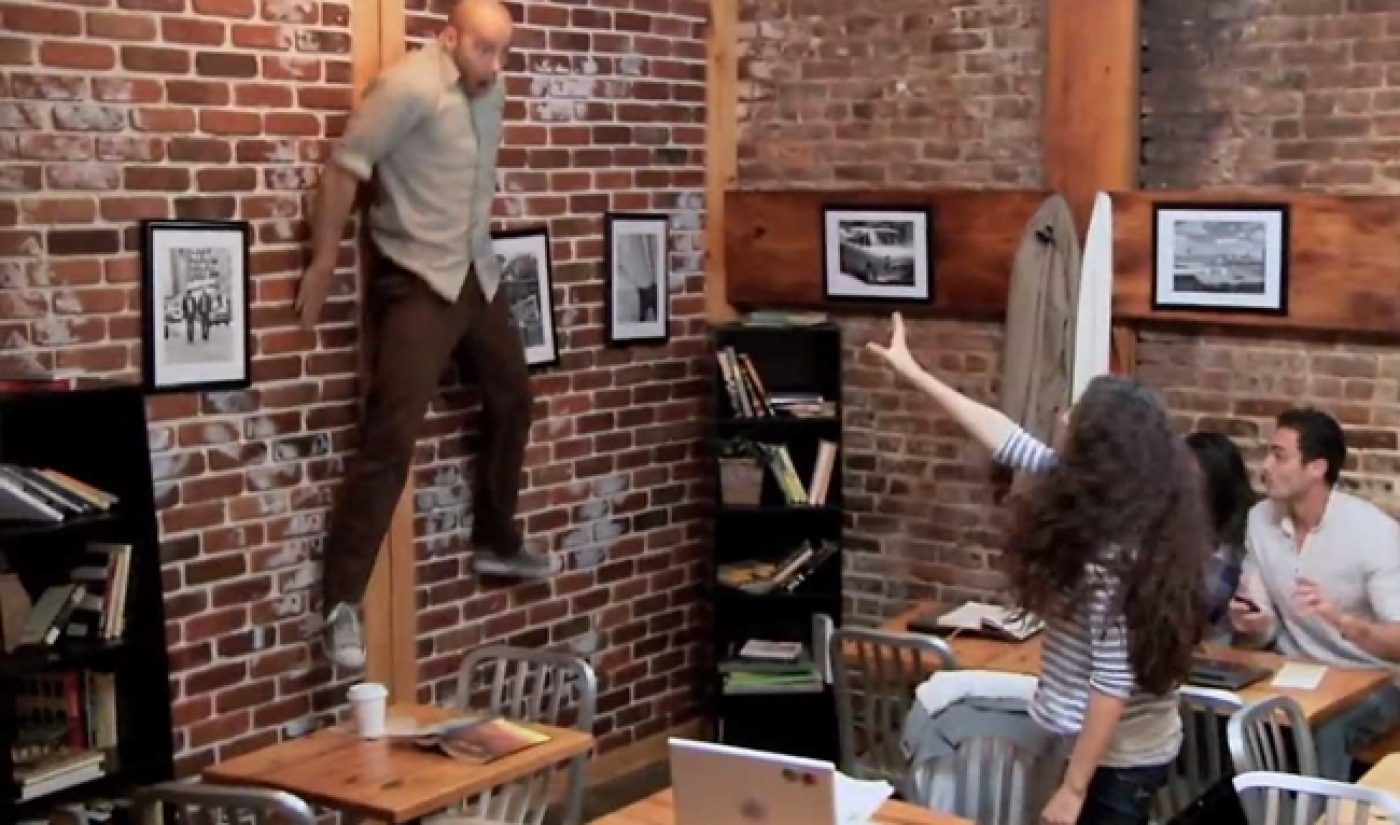 The most viral video on YouTube during the second week in October was an elaborate prank, but it didn’t come from a channel like Magic Of Rahat or even a consumer brand like LG. Instead, it was a film–the upcoming reboot of Carrie, to be exact–that scored a massive audience with a well-staged practical joke.

The Carrie video takes place in a run-of-the-mill coffee shop, where clever marketers rigged up a fake wall, sliding tables, and movable books. When the actress playing ‘Carrie’ is inconvenienced by a spilled cup of coffee, she reacts telekinetically, sending all of the previously rigged contraptions flying around the room. It’s an incredibly savvy promotional piece, even if I’m not convinced that the “customers” aren’t in on the joke as well.

This isn’t the first time that a film has used viral video as a method of drumming up hype. Two summers ago, Rise of the Planet of the Apes scored millions of views of its own with a video of a chimp firing an AK-47. But the Carrie video is a reminder that films are brands, too–and as with any other brand, film marketers would be wise to imitate the format that has launched several of the most viral videos of the last couple years. When they can pull it off as well as this video does, it’s not a surprise that the views roll in like hotcakes.

Plus, it might actually convince me to see the movie. I’m not sure Brian DePalma’s classic horror film needed a reboot, but if Carrie‘s writers are as clever as its marketing team, it will be a fun ride.