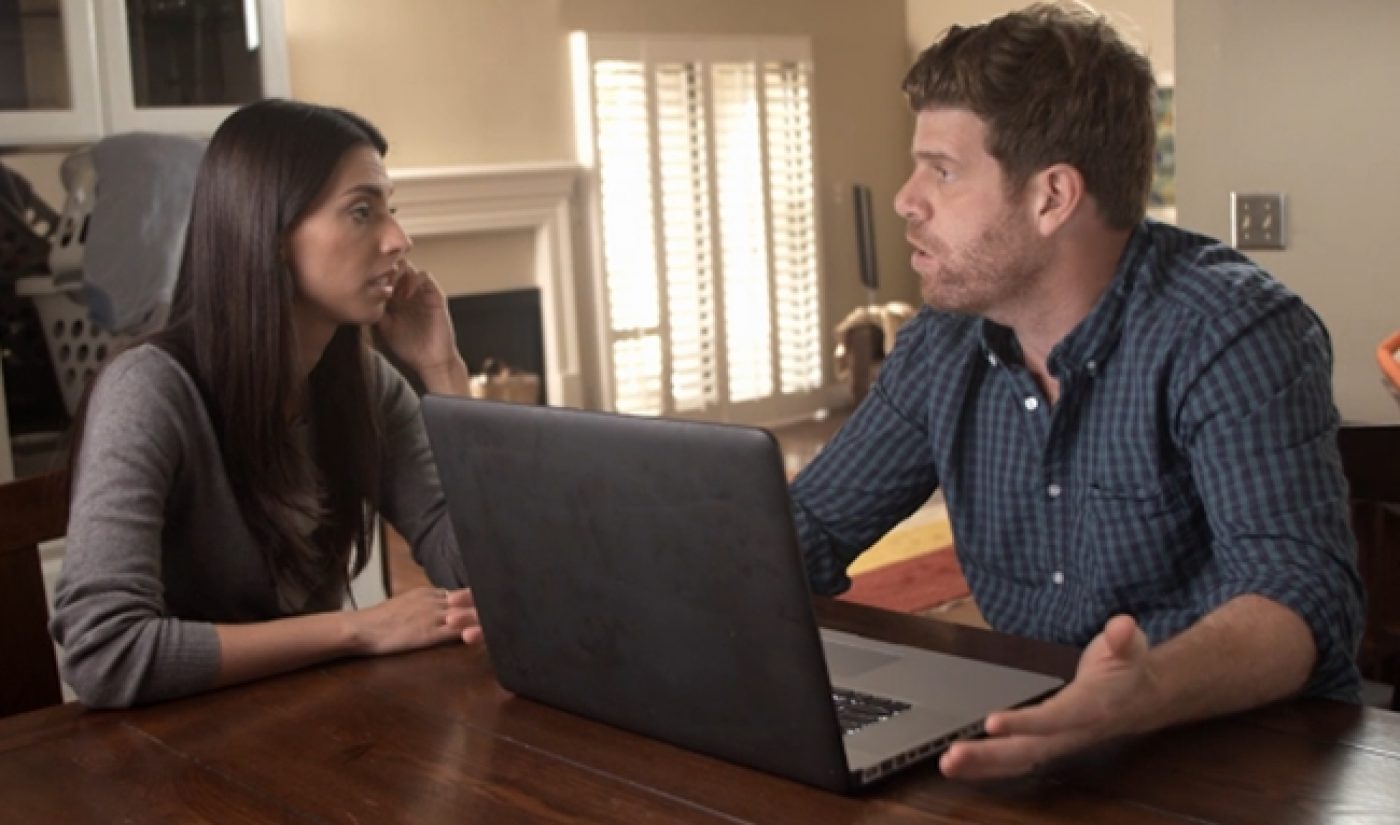 With its latest series, My Damn Channel is joining the binge watching movement. All ten episodes of the second season of Daddy Knows Best have been released, the first of several My Damn Channel Comedy Network series that will utilize simultaneous release.

For the unfamiliar, Daddy Knows Best stars Steve Rannazzisi (best known for his role in The League) as a dopey dad who actually doesn’t know anything at all. His wife (Jade Catta-Preta) somehow puts up with his constant lies, deceits, and general shenanigans, and in season two, his decidedly un-fatherly behavior continues unabated. Here’s the first episode, where he ends up in a viral video after coming out on the losing end of a street fight:

The first season of Daddy Knows Best ran for seven episodes on My Damn Channel, Blip, and YouTube, racking up millions of views along the way. This time around, My Damn Channel is giving the binge watching model a try, joining the trend ushered in by Netflix, Hulu, Machinima, and others.

My Damn Channel is also honoring its partnership with Blip by exclusively releasing Daddy Knows Best through the recently-purchased platform. It will continue to encourage foster this alliance for three upcoming releases, including season six of Streamy winner Wainy Days.

After 30 days, it will become available on YouTube as well, returning it to the platform where its first season scored the majority of its views. Not interested in waiting that long? My Damn Channel’s website has also your Daddy Knows Best needs covered.