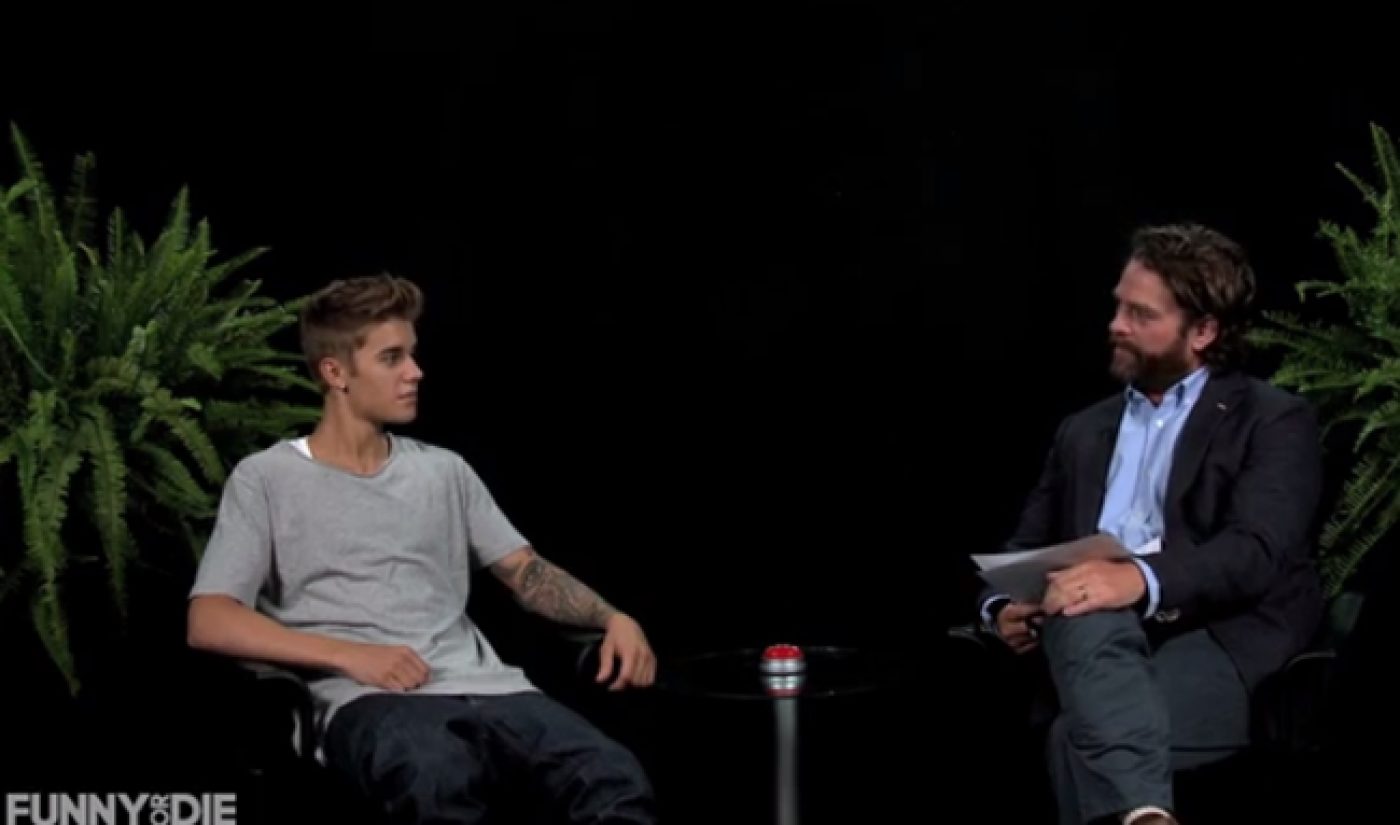 New Between Two Ferns episodes are always welcome in my life. After a four-and-a-half month hiatus, Zach Galifianakis‘ textbook lesson in cringe comedy has returned to Funny or Die with an episode guest starring Justin Bieber.

The episode is only the second Between Two Ferns episode in the last seven months and only the seventh since October 2010. Bieber, who isn’t exactly known for tough skin, is a very good sport here, as he plays along with Galifianakis’ playful ribbing and throws back a few shots of his own. The episode drags on a bit at the end as Galifianakis’ behavior devolves into uncharacteristic physical confrontation, but who cares? Between Two Ferns is back. Plus, if there’s anyone who needs a good spanking, it’s the Biebz.

Is this the sign of a return of the web series that once rolled through the Streamy Awards with ease? Or is Galifianakis simply teasing us with another great, one-off episode? It’s almost certainly the latter, but I’ll keep my hopes up. Even if this episode felt different and the ‘Nickelodeon gak‘-filled ending was a bizarre choice, I would so much rather see weekly Between Two Ferns episodes than another miserable Hangover sequel.