Jack Black: Ghost Ghirls Is One Of The Funniest Things On The Internet 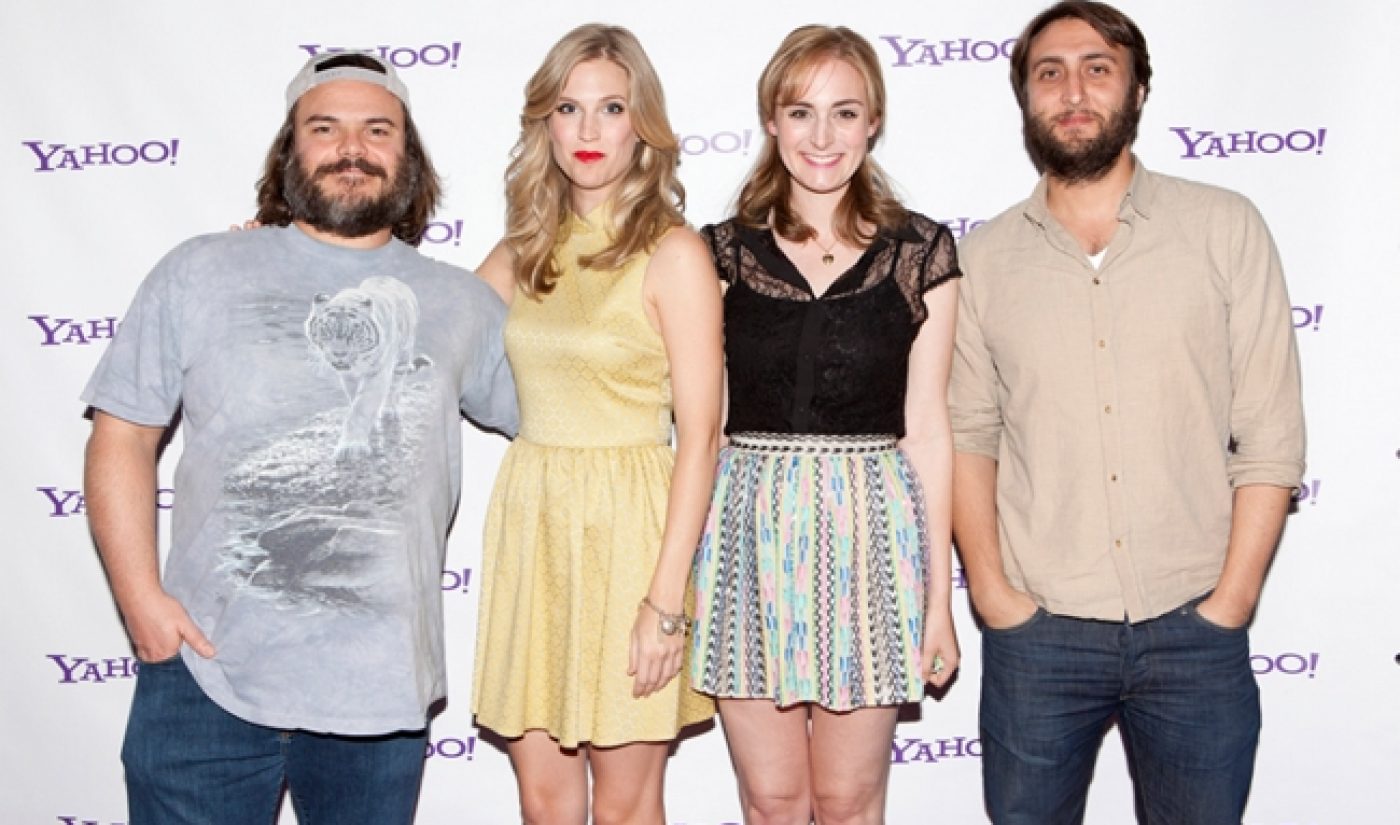 During a conference call, Black, Lund, and Blasucci discussed their new show, with the Tenacious D star explaining the way he first came across it.

“I’ve been producing for a while–my own stuff that I was in–and I’m always looking for talented people I want to collaborate with. This sort of fell into my lap. I knew Jeremy Konner, the director (editor’s note: Konner is best known for co-creating Drunk History). Jeremy fell in love with these girls who were very creative and hilarious. They went and shot the pilot for Ghost Ghirls. He brought in these girls with this pilot they had shot, and I said ‘I want in’, and we shopped it about town, and we took it to Yahoo, and they understood us and what we wanted.”

As for Lund and Blasucci, they conceived the show after watching paranormal reality series like Ghost Adventures (“which we love,” noted Blasucci) and Ghost Hunters. They then attempted to “flip the genre on its head a little bit” by adding comedy and a healthy variety of plots. “It’s like in Scooby Doo, where often times you pull the mask of a ghost and it’s just a dude,” added Black, “but often times there’s actual supernatural situations.”

As with many other high profile web series, all Ghost Ghirls episodes are available at once, so go check some of them out over at Yahoo Screen.

Given its star power, sharp visual quality, and–from what we’ve seen–big laughs, Ghost Ghirls would’ve made a good TV pilot. Still, Black likes the freedom provided by online outlets like Yahoo. “I think it’s the future,” he said, “it’s the way I like to enjoy content.  I like it a la carte  and I like to be able to get it on multiformats.  I enjoy the freedom that Yahoo! has bestowed upon us to do whatever we think is funny and you’re not going to get that at some of the big expensive networks.”

Bottom line: Ghost Ghirls‘ talented creators are funny, and so is their show. It’s “one of the funniest things on the Internet,” bragged Black. “Yahoo rules. We rule. Go tell the world.”