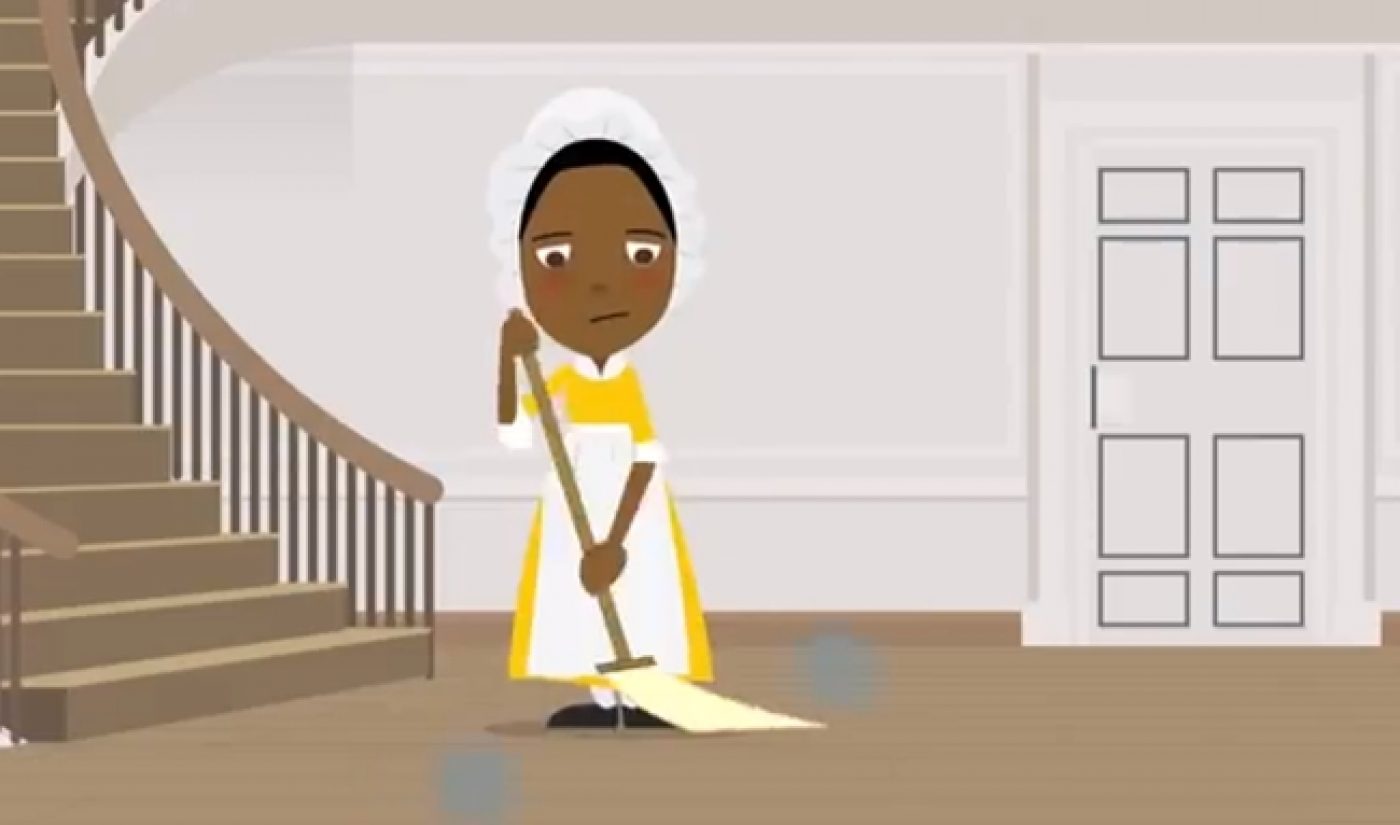 A web series born from the frustration of its lead actress is becoming a big hit on YouTube. Ask A Slave, starring colonial reenactment actress Azie Mira Dungey, has scored 400,000 views and is one of the best new comedy series on the web.

Ask A Slave is based off Dungey’s experiences as an employee at Mount Vernon, George Washington’s plantation home. At the popular historical site, Dungey was a “living history character,” playing one of the Washingtons’ slaves. As a result, she had to spend her work hours fielding ridiculous questions from tourists.

In the web series, Dungey and director Jordan Black present some of the most ridiculous questions, ranging from curiously naive to absurdly ignorant. Dungey’s Lizzie Mae responds by providing sarcastic, snarky, and ultimately informative answers. In the second episode, Lizzie Mae also talks to a white abolitionist, comically shining on the misinformed attitudes of Northern abolitionists.

Ask A Slave ends up hitting a wide array of emotional marks. It initially elicits shock as viewers try to imagine how anyone could be dumb enough to ask some of the more ridiculous questions. Dungey has clearly been itching to respond with satire, and as a result, Lizzie Mae’s answers are both passionate and funny.

Most importantly, however, Ask A Slave imparts very real lessons about the history of slavery in the United States. As with Drunk History, viewers will smile all the way through, and at the end, will be surprised at how much they have learned. I’m sure Dungey is happy to see that, outside of Mount Vernon, she has succeeded in teaching others how to properly approach the often-misunderstood institution of slavery.