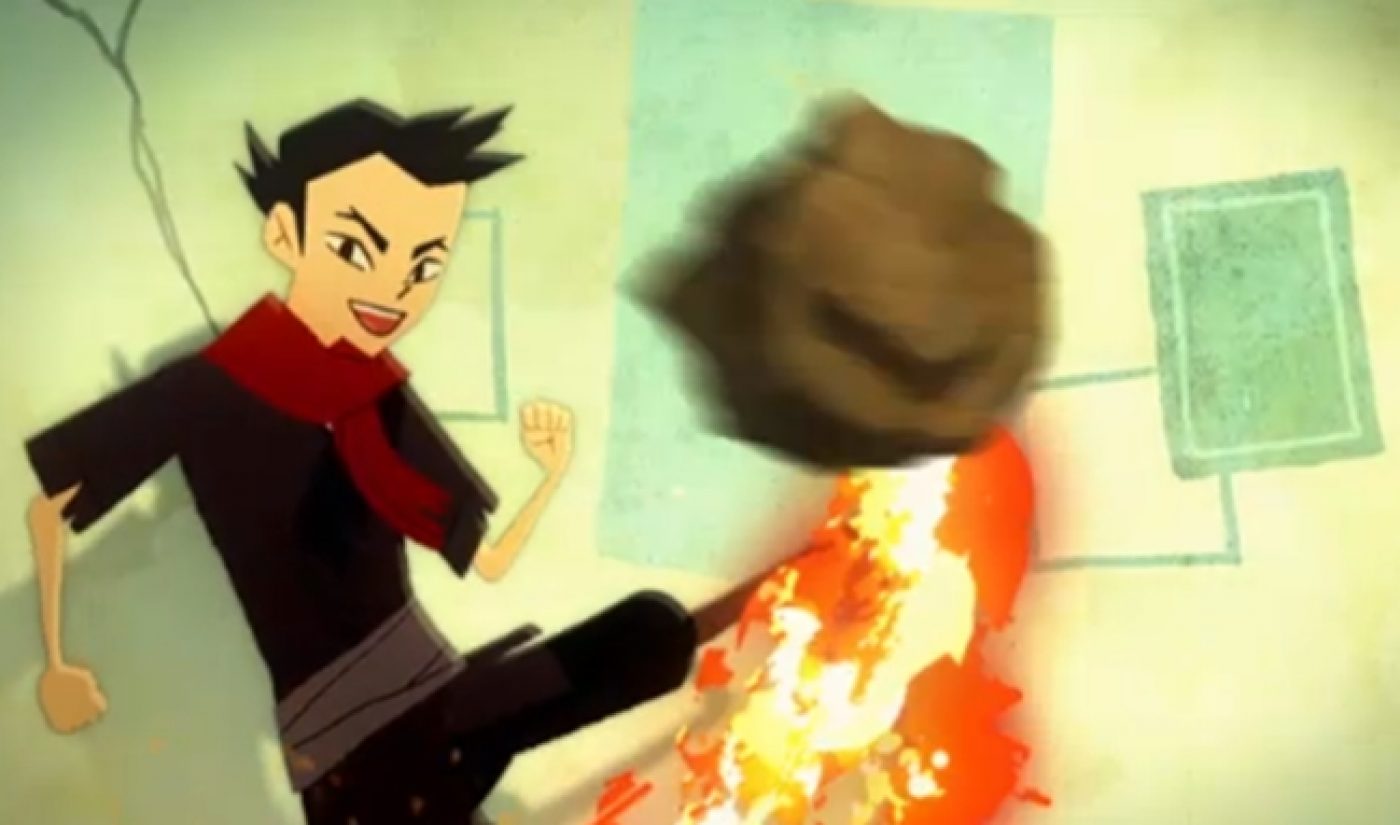 Avatar: The Last Airbender spin-off The Legend of Korra will launch its second ‘book’ (read: season) on Nickelodeon on September 13th. To prepare viewers for the fantasy series’ return, its creators have launched a web companion to add extra flavor to their world. The three-part Republic City Hustle provides a back story for two main characters and features a unique, blocky animation style.

Republic City Hustle follows brothers Mako and Bolin, each of whom possess the ability to “bend” elements (the central plot device of both Avatar and Korra). Before the brothers befriended Korra, they lived together as orphans on the streets of the show’s capital, Republic City, where they did whatever they could to scrape by. In the first episode, Mako and Bolin team up to con a little old lady, with a short bending battle thrown in for good measure.

“This short was written by Korra writer Tim Hedrick and designed by Evon Freeman,” explained Korra co-creator Michael DiMartino. “It’s a fun, different style for the Avatar universe. And you get a peek into Mako and Bolin’s life on the streets when they were younger.”

As with many other web companions, Republic City Hustle isn’t particularly necessary, but it adds color and a fresh animation style to the world of Avatar and Korra. If you’re still skeptical, I can at least promise you that the new series is vastly superior to M. Night Shyamalan’s train wreck film adaptation of Avatar.