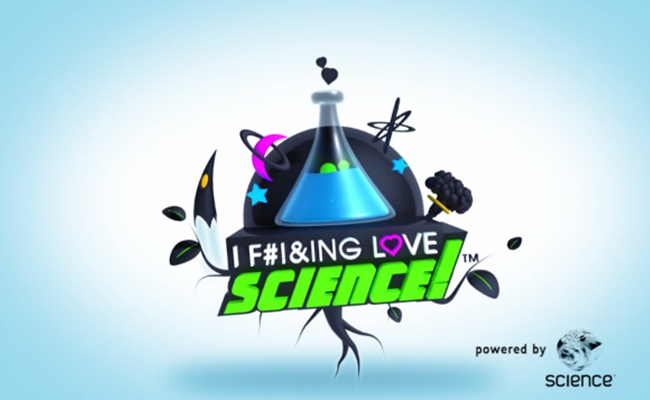 A prominent Facebook group has become a web series. I F**king Love Science, which examines the natural world through humor, inspirational text, and awesome photos, has joined the Revision3 network with a new show that delivers the day’s science news, focusing on stories that are humorous, strange, and awe-inspiring.

I F**king Love Science has accumulated 6.6 million likes on Facebook through the ‘George Takei method’: posting simple, sharable image macros with its legion of nerdy followers. These meme-filled postings can be jokes, quotes from notable sciences, or fascinating news tidbits, so long as they are easy to digest and tailored towards the scientifically-minded.

The new series, however, takes a different approach. Instead of spamming its viewers with image macros, it presents them with a bevy of interesting news stories. Host Elise Andrew (who is also the administrator of the Facebook page) curates the pieces of scientific research that stand out to her, which ends up being a mixed range of new discoveries, revealing studies, and a few completely off-the-wall reminders that our world is a strange and beautiful place.

I F**king Love Science is available on YouTube and TestTube, and given its large Facebook audience, it has picked up a sizable following, with more than 67,000 subscribers in its first few days of activity.

As of its first episode, I F**king Love Science still seems to be searching for its identity. Though its Facebook fans probably want a collection of nerdy jokes, Andrew seems more interested in creating a scientific version of SourceFed. A healthy dose of PBS Idea Channel-style image macro integration would be an even compromise.