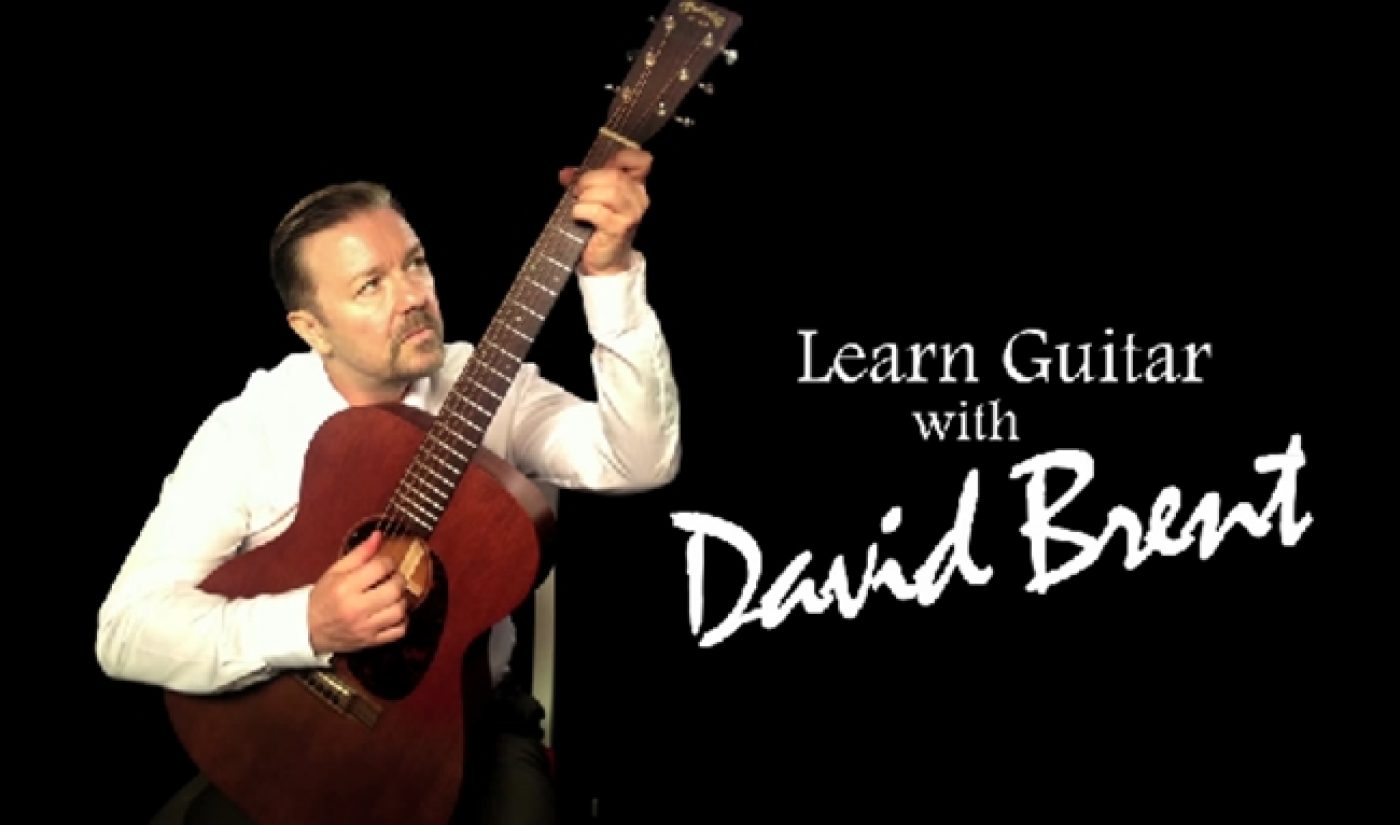 During YouTube Comedy Week, comedian Ricky Gervais reintroduced the world to David Brent, the manager of the Wernham Hogg paper company in the British version of The Office. Judging from the millions of views the David Brent videos have received, there’s still a large audience interested in following the clueless boss’ pursuits. Gervais is planning to piggyback off the character’s YouTube success by releasing an album of his songs and giving him his own feature film.

Brent’s YouTube presence takes the form of Learn Guitar with David Brent, an ongoing series where he teaches his fans to play songs of his own creations. Of course, Brent’s all-about-me personality takes center stage every time.

Gervais told The Hollywood Reporter that Brent’s musical exploits “will be the basis for a movie about Brent trying to make it in the music industry.” He also hopes to collect the songs from Learn Guitar into an album, which can then form the basis of a world tour. Gervais has still been pretty quiet regarding these plays, but if everything goes to plan, we could see a David Brent empire in a couple of years, all thanks to his YouTube-powered revival.