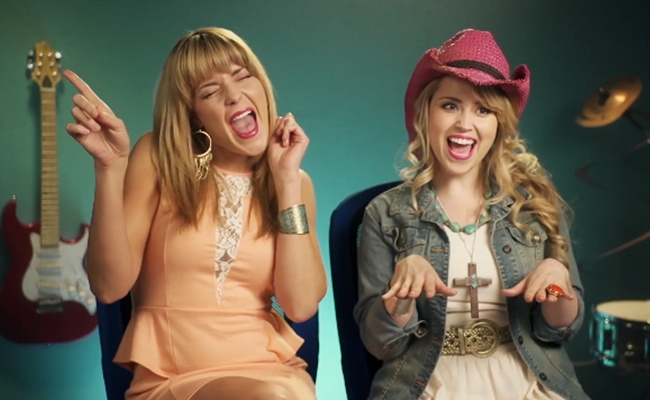 Top Streamy nominee MyMusic is back. The musical sitcom, created by Benny and Rafi Fine, has returned for its second season, with old favorites joined by new cast members and an expanded transmedia empire.

The basic gist of the series is unchanged: Indie (Adam Busch) and Idol (Grace Helbig) run a studio staffed by human incarnations of specific musical genres. For season 2, The Fine Bros have added Country, played by SourceFed‘s Lee Newton, to the main cast. She is introduced as Idol’s cousin and will purposefully get on viewers’ nerves very quickly. The one main cast member who seems to have a much larger role is the only one not named after a genre: Jack Douglass‘ Intern 2, who is starting to seem like the show’s breakout character.

MyMusic already had a ton of transmedia elements, including a music blog and Twitter feeds for every single character. In addition to all of those peripheral features, the show’s cast members will also host a video podcast, explained in-universe as the new focus of the MyMusic studio. Translation: The Fine Bros are gunning for some big-time viewer engagement.

“In Season One, we really strived to bring the characters to life in a way that fans felt they were real people. This season we’re taking the interactivity up a notch and creating more opportunities for fans to integrate with the MyMusic story universe,” said Benny Fine. “”We can’t wait to see their reactions to the many cliffhangers, surprises and interactions with the series in ways never thought possible with a scripted sitcom!”

New episodes will be released weekly until March, when the season will be compiled into 6 TV-length episodes. In the median between episodes, the MyMusic channel will be home to plenty of bonus content, so fans of Indie, Idol, and the rest of the team should be sure to subscribe.