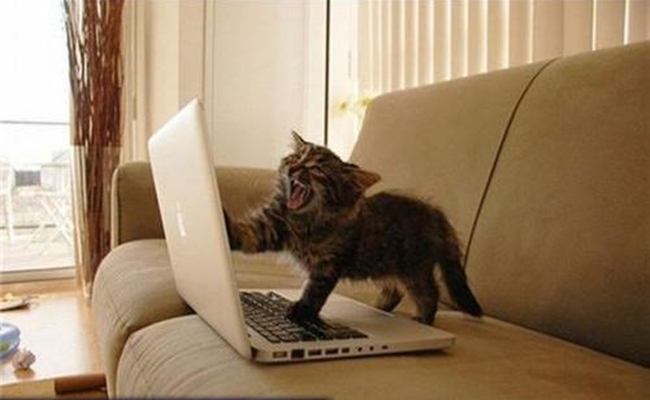 Comscore has released its monthly online video rankings for July, and for the first time in months, the online video advertising industry did not experience the most drastic statistical shift. Instead, US online video consumers watch nearly four million more non-ad videos in July than they did in June, with some multi-channel networks showing particularly interesting changes.

After three months of record breaking increases, the online video advertising industry served half a million fewer ads in July than in the previous month. YouTube more than made up for this decrease by increasing its monthly views by two million. At the same time, 10th place Turner Digital was the only top online video property to see a decrease in views in July; the other nine all saw more traffic, with the same rankings holding over from June. 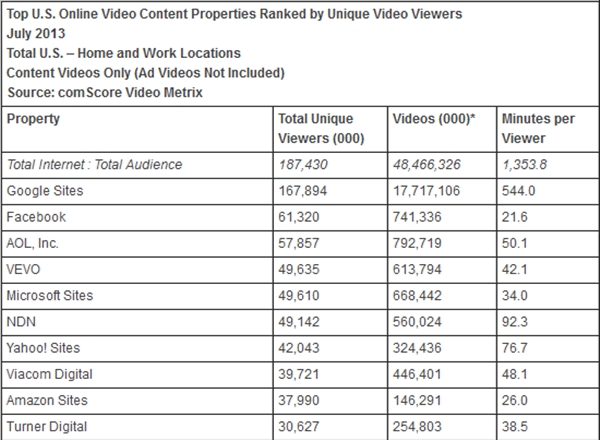 The multi-channel network landscape revealed a particularly interesting diversity among its major players. Fullscreen‘s unique viewer total rose slightly to 34.4 million, but Maker Studios scored the most monthly views among independent MCNs by notching more than 476 million in July. Meanwhile, Machinima continues to fall behind its competition in terms of uniques (which Comscore uses as its ranking metric); it scored just a shade above 18 million, barely half of Fullscreen’s total. However, it continues to dust the competition in terms of engagement. In July, the average Machinima viewer watched more than an hour and a half of the network’s content, a remarkable figure that is only ten minutes behind Fullscreen and Maker combined. 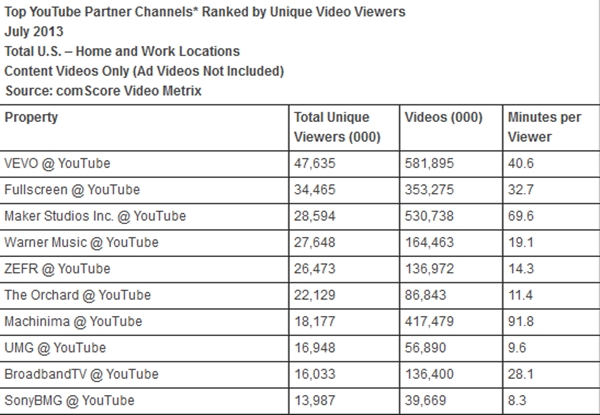 I find it very fascinating that each of the ‘big three’ independent MCNs leads a particular category. It is hard to say which one is doing the best; should networks strive for Fullscreen’s uniques, Maker’s views, or Machinima’s engagement? I believe the correct answer is ‘Be VEVO and do all three’.