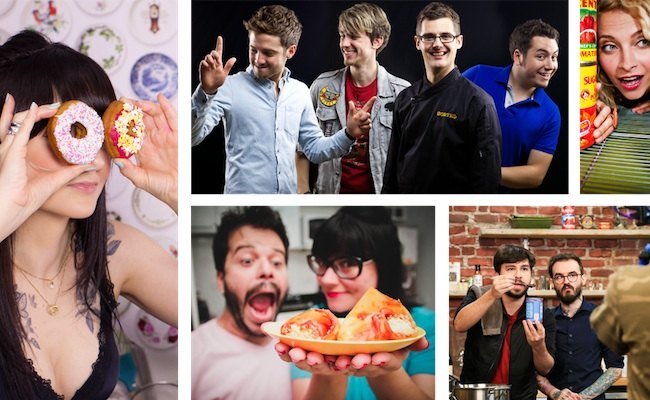 YouTube’s most delicious multi-channel network just got richer. Tastemade, which focuess on food and cooking videos, has raised $10 million in funding in hopes of expanding both on and off YouTube.

The “Machinima for food” previously secured a $5.3 million Series A round led by Redpoint Ventures, a major investor in Machinima. Redpoint also contributed to the $10 million round, which was led by Raine Ventures.

Tastemade’s locus is its main YouTube channel, which has more than 200,000 subscribers and 18 million views. The channel focuses on high-quality cookery shows, which are all beautifully shot and highlight very tasty-looking recipes. The Thristy For… program, which highlights easy-to-make beverages, has been particularly popular (due in part to its presence in sponsored listings).

Outside of the main Tastemade hub, the network’s creators are finding success as well. The most successful Tastemade partner is Sorted Food, a group of friends who make cooking look fun and easy. Sorted came on our radar when its hosts served as staff at the YouTube Creator Academy, but other Tastemade creators have aligned with YouTube as well. Austin-based creator Hilah Cooking was chosen as part of the YouTube Next Chef project, and baking aficionado My Cupcake Addiction was the site’s On The Rise creator in January 2013.

Still, Tastemade is hoping to expand outward. Its most significant off-YouTube venture is its official mobile app, which lets users capture and share the dishes they love. “We are enthusiastic about the YouTube platform,” Tastemade co-founder Larry Fitzgibbon told Fortune. “We see the mobile app as an opportunity to own our own distribution and to have more control over advertising.”

Tastemade’s videos are extremely well done and a must-watch for any foodie, but its recent funding round begs an important question: What is the network’s ceiling? Food is a hot topic on YouTube, but the most popular YouTube cooking shows (Epic Meal Time, My Drunk Kitchen, etc.) are a far cry from the ‘gourmet’ programs Tastemade offers. How can Tastemade become a household name on YouTube while also staying true to its roots? The network has $10 million to help it find an answer.