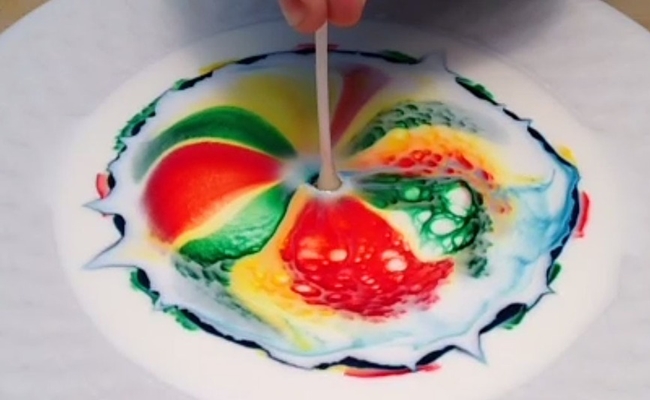 General Electric is the latest company to use Vine as a platform for branded content. It is the official sponsor of #6SecondScience, an online fair where smart people can show off as much cool science stuff as they can fit into one Vine.

The #6SecondScience tag was born five months ago when GE used it to describe a video it posted that combines milk, food coloring, and dish soap. This colorful reaction became GE’s most popular post on Vine, so the company decided to invite the rest of the Vine community to join in the bite-sized science fun.

The resulting videos have been an eclectic mix. GE has led the way with a barrage of stop motion science lessons, and other social media brainiacs have followed suit. A few of the best entries have been highlighted over at Mashable, and all of the #6SecondScience entries have been collected on an official Tumblr page hosted by GE.

Vine has proven itself to be a useful tool for brands. In addition to GE, companies like Snapple have posted their own six-second creations.

#6SecondScience will continue through August 15th. In terms of Vine videos, it can’t hold a candle to the amazing 11 minute compilation that has been making the rounds, but it’s nonetheless a creative and educational use of the platform.